How To Handle Negative Feedback and Criticism As A Yoga Teacher 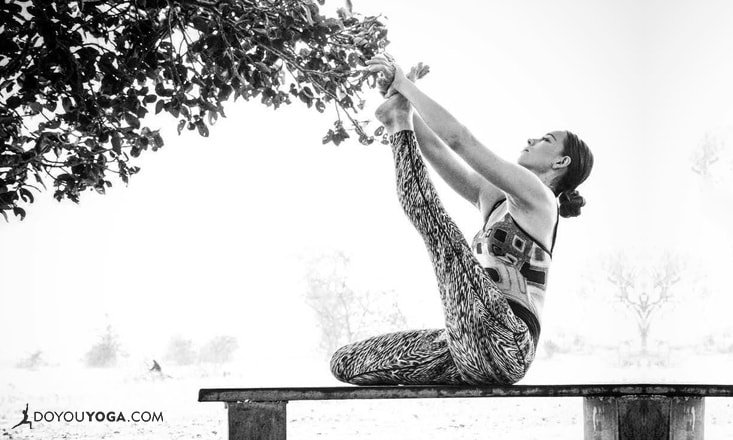 One of the most heartbreaking and difficult parts of being a yoga teacher is receiving negative feedback or criticism when you are not prepared for it. Negative feedback however, is sometimes a bigger blessing then any other form of feedback—if you are able to process it properly.

One of my first teaching gigs involved subbing a class from a popular local teacher at the last minute. I happily announced that I was the sub for the class and then stood there paralyzed, witnessing half the students immediately roll up their mats and walk out the room.

The students had no qualms about saying loudly how let down they were, they shot me side glances and said stuff like “she’s far too inexperienced,” “are you kidding me,” and  “this is a load of crap.”

A few weeks prior, I had been lucky enough to be given words of advice from my mentor about receiving feedback. I was forced to recall, and implement, these slices of wisdom extremely quickly as I stood in that classroom, so early in my career, deciding whether I was going to cry, run away, or laugh their criticism off.

Make no mistake—in that moment, I was mortified. If it weren’t for the following advice I probably would have never taught again.

My Mentor Said “Always Be Objective.”

A good rule of thumb is to allow ALL feedback to be objective. When you receive positive feedback, use it not as a compliment, but as a tool to build a better class experience. Then do the same when you receive negative feedback.

I was once told by a fellow teacher that I spoke too much in class. I sat with that comment for a split second and felt angry, so I shrugged it off as bad advice.

One day, for a completely different reason, I recorded myself teaching, and I realized my class really was a never-ending slurry of words! I immediately started to refine my cues, and began leaving mindful silences all over the place in class. Suddenly the positive feedback started flooding in about how precise my cues were!

Once I became objective, I was able to see the students’ experience and adjust to make their classes more nourishing. The bottom line is that our teaching is about the students, and we NEED their feedback so we can improve our teachings. However hard it is to hear or witness, it is a vital part of teaching anything to anyone.

You cannot possibly have a good understanding of your students’ experience within your class without hearing what they have to say—the good AND the bad.

My Mentor Said “Listen Without Reaction.”

When you are in the moment and someone is saying something negative to you about your class, protect your heart, but also be professional. This is your work, after all.

Do not let your emotions take a grip on your voice-box, or body. You need to think carefully before you say anything in response.

Test your “acting, instead of re-acting” skill set.

“Acting” is a mindful, thought out response, while reacting is an impulsive, often emotional response. People don’t always phrase things in nice ways. They might not realize they are being more mean than they need to be, but it happens, and it can be hard to hear.

The best way to respond to someone giving you feedback is to just listen. It allows you to digest their words before you react.

Most people don’t want to hurt you, but if this person is purely ranting instead of giving useful feedback, then it won’t serve either of you to react to it.

If it is a heartfelt piece of feedback that is being poorly phrased, then you need to hear it with an open mind. Me reacting emotionally to the behavior of those students who walked out of class saying those comments wasn’t going to rectify the situation, and it would have made the rest of the class quite uncomfortable.

Even if you disagree with the feedback, you should turn it into a productive tool. If nothing else, it is good practice for when a useful comment comes your way.

My Mentor Said “Be Grateful.”

Whatever the comment made, however it makes you feel, and however it is delivered to you, try to say “Thank You.” This will change the tone of the interaction and place you in a more professional and respectable light. It will tell the commentator that you heard them, while asserting that you are open to feedback—which you are, because you want to grow as a teacher!

Make a note of the comment and put it to one side. Come back to it when you are alone and in a safe, nourishing environment—a place that you love; snuggled on your couch with hot tea in the evening, or basking on your sun deck with a cool drink. Then, you’ll be able to consider the feedback in a calmer manner and make it into something productive.

I like to brainstorm around all comments, even if I disagree with the statements made. But, if you hear the same types of comments over and over again, that is a sign you definitely need to address the issue more thoroughly.

Writing down as much as possible on an idea gives us a deeper understanding of the people in the room with us. Who gave the feedback, why, when, what did it feel like to me, what could I do if I chose to fix it, who would benefit from fixing it, could I use that fix as a productive and promotional tool?

Someone once told me they hated my music. I’m not the only teacher to hear this said, and it’s perfectly understandable because music is so personal. I brainstormed on this and came up with a way to offer students the opportunity to recommend tunes they do like via Spotify and social media. It acts as a promotional tool for me, and the students feel like a bigger part of the class.

If i had ignored the comment I wouldn’t be using that tool today. No one complains about the playlists anymore—in fact, they compliment the music often and many follow along on Spotify.

“I hate it when you guide Triangle pose into Half Moon, it feels terrible!”

This was an angry comment made by an older gentlemen in my first year of teaching at a busy gym. My brainstorm led me to see that this student was not criticizing my transition choices, but he was actually asking for help. I ended up doing a lot of research on assists and spinal lengthening tools.

The next week, I guided this same transition with that student in the room, but I made a point to bring him blocks before we hit Triangle Pose, then I used a very supportive assist I found on YouTube that almost carried him into the next shape. He was so grateful right then and there, big smile and glowing eyes.

He clearly felt heard and supported, and the experience made that entire class smoother for him. Eventually, I went to an Art of Assisting workshop, all because of his comment! So be grateful for all the feedback you get—it allows you to grow, which then nourishes your students’ lives more.

There’s an old adage about two men at a river. One is angry, one is smiling. Both are at the same river, on the same day, in the same weather, but both are having different experiences. See, it’s not the river or the breeze that is causing one man’s anger or the other man’s smile—it is their inner experience.

There’s not much you can do about someone else’s inner experience, except to continually better your own teaching skill set so that you can guide them through their experience.

Sometimes seeing someone else’s point of view can make the world of difference as to how you accept their commentary.

Once you have separated from taking the comment personally, take the time to understand who this person that gave you the feedback is, why they practice and what it is they want, or need from a class. This will help you use the feedback they gave you productively.

For example, if it’s your boss giving you the feedback, what is it they want from your teaching at that gym or studio? Feedback from an employer could actually be helpful in finding or refining your niche. If you hate the idea of adding more conditioning, now you know Power Yoga is not your niche.

It’s likely that your boss’s comments might be brash and flippant because they expect you to be the professional they hired, but they are not attacking you personally—they are trying to grow their business.

On the day that is now known lovingly to me as “the day everyone walked out of class,” I froze up. I heard my mentor repeat the advice listed above in my head and choking back tears I said,

“I hear that many of you are upset that your teacher isn’t here today, and that you’d like to leave. Thank you to anyone who sticks around to practice. Let’s begin in Child’s Pose.”

I like to think I was professional, and it definitely felt as if it saved me some face rather than running from the room crying (which is what I wanted to do!). I felt it asserted a little respect from the remaining students, some of whom are still my students years after the fact.

Later, I would get in my car and cry. I would get to my safe place and write down everything that happened, realizing that there was nothing I could have done differently, and that the entire escapade wasn’t about me at all. I would realize that my mentor was right, and I would promise to always come back to her words whenever someone confronted me in that way.

That day, I learned about how I wanted to teach my students to be accepting of new experiences. This has shaped my teaching profoundly. In fact, I am repeatedly told it is the reason my students love my classes and workshops so much. So I reiterate: Negative feedback is sometimes a bigger blessing then any other form of feedback.

As a result of that awful first day subbing and the criticism I faced, I curled up on my couch with my tea, and I grew as a teacher. Just like you will too.