How I Found Love Online and Avoided Internet Dating Disasters 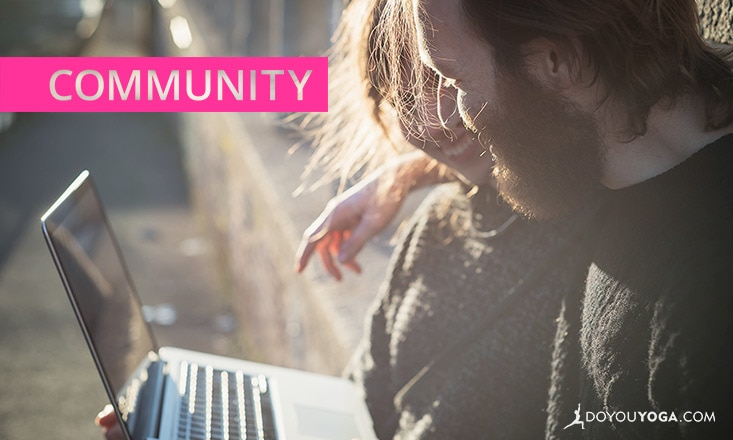 The other day, I read an article about the dangers of internet dating. It left me rolling my eyes and shaking my head.

Sure there are some freaks and swindlers out there, hiding behind intriguing user names and cunningly crafted profiles. Yes, the interwebs are crawling with Nigerian scammers and credit card con artists.

They prey on the lonely…and all the better if you’re loaded. But let’s face it, there are jerks everywhere — in seedy bars and upscale clubs. And don’t be surprised if you find them dressed in suits and sitting on church pews. So the odds of finding them online are better than good.

But then so are your chances of finding someone smart, funny, honest, and all together awesome. Just ask my guy…

Is it Worth the Risk?

I never thought I’d look to the Web for a mate. I suppose I thought the right one would just appear one day, like a pimple on prom day. But he’d be much more attractive, and I’d be happy he arrived.

For years, I was glad to be be single. A bad marriage that started way too soon and lasted way too long left me fed up. I had to get my bearings before I could be someone’s “baby” again. That took a while, admittedly. But it was worth the journey.

Then a friend met a guy online. We worried. We whispered, and wondered. She announced she was moving out of state to be with her mysterious “match.” Oh, the drama. What kind of spell had he cast? Today, that woman is married with children. Happy and healthy. I’m not advocating any sudden moves — just saying that sometimes we lose out when we play it safe and do what’s popular rather than what feels right for us.

Stories of love online have become prevalent, making internet dating more common than clandestine. When I was ready to find my own match, I set up my profile and tossed it out like a message in a bottle — not knowing where it would float or who would find it.

I did find a few foxes and snakes before I met my monkey (yes, I call him monkey…it’s cute). But, surprisingly, it didn’t take too long. And now my poor guy is stuck watching more HGTV and eating more sushi than he’d ever imagined. And those are the fun little facts you won’t find on a lady’s profile.

Mantra: I trust that I’ll find the right thing at just the right time. ~Rica Lewis

So here’s what I’d say to the skeptics: online dating is dangerous. Because people can be cruel, deceptive, malicious, and more. But relationships are always risky, and love can be an amazing journey, or an educational experience. I’m convinced you’re better off either way.

Here’s my philosophy: Love is simple. People can be stupid. But don’t give up on the former because of the latter.

What Happened When I Tried Online Dating…

Initially, trying to find love online was like my mother’s attempts at baking — a perpetual disaster (sorry Mom). Like her crusty cakes, it left a bad taste in my mouth.

But then I tried it again. And again. And just before I gave up and tossed my profile out the proverbial window, I found someone who made it all worthwhile.

On weekends we swat bugs as we speed through the bike trails at my favorite park. We have carpet picnics in his living room, snacking on sushi and watching Fight Night. He’s easygoing enough to let me tickle his underarms and call him pet names, but he’s most definitely not a puppy. And that works well for us, because I’m not interested in leashing or house training a companion!

So maybe I’m lucky to have snagged someone who’s neither a serial dater or a serial killer. But I don’t believe in luck. I think that having a clear picture of what I wanted in a relationship was key, and tossing out my expectations was just as pertinent to the process. Because sometimes amazing things come to us in unexpected ways.

So expect love but stop worrying about when, where, and how it will arrive.