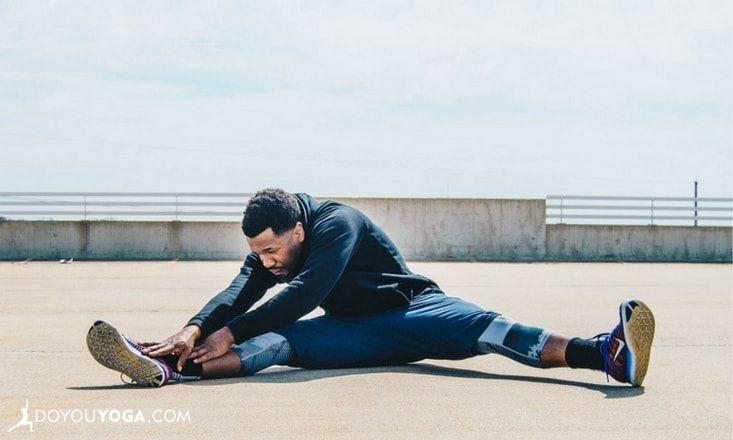 With the highly anticipated Super Bowl around the corner, NFL players are in full power mode. It’s the end of a long season of intense athletic endurance and competitive pressure from coaches, teammates, and millions of fans.

The power of yoga and mindfulness has been spreading like rapid fire and in recent years has even caught onto the most popular and arguably violent sport in the United States, football. So how exactly does the grace of yoga transcend into this extreme sport?

Coaches Are Implementing Yoga to Increase Injury Prevention and Recovery.

Yoga is much more than the physical asanas we tend to think about. The deep breathing and stretching offers increased blood flow and detoxification to hard-working muscles. For NFL football players who put their bodies through constant stress, this is vital.

Because injuries can make or break a season, teams such as the Seattle Seahawks, New Orleans Saints, and the Philadelphia Eagles have implemented yoga in their training and practices. By adding a few simple yoga stretches, players increase their joint mobility and muscle protection, generating an extra layer of injury prevention as well as greatly improving chances of a speedy recovery.

NFL Players Use Yoga to Increase their Flexibility.

As a sport that demands coordination, speed, and agility, yoga gives NFL players that extra edge. Flexibility directly impacts athletic performance, as the more the muscles can move and bend with ease, the faster you can run, higher you can jump, and quicker you can shuffle.

Players cite that yoga helps stretch vital muscles for the field, specifically the hamstrings and the back. The practice also increases range of motion in the hips and shoulders while also providing joint-pain relief. This flexibility can make all the difference when getting low to make that catch or avoiding an oncoming tackle from the side.

Mindfulness Helps Players Stay Present on and off the Field.

Mindfulness is another concept that’s begun to spread across the NFL community. Teams such as the Atlanta Falcons, Indianapolis Colts, and San Francisco 49ers have embraced the psychological side of success as a tactic to prepare their players for the big games ahead.

Mindfulness training helps players to stay present and focused both on and off the field. Having command, or at least an understanding, of your mind can be instrumental during high-intensity sports like football. Coaches have started highlighting the value of mindfulness in their practices and locker room meetings, and offering optional meditations to players to manage stress and generate clarity.

Coach Pete Carroll from the Seattle Seahawks has been one of the leaders in the NFL yoga movement. His coaching philosophy reaches far past the technical strategies of the game and into the wellbeing of his players’ bodies and minds. By incorporating holistic components like yoga and mindfulness into practices, NFL coaches like Carroll strive to inspire happier players on the belief that happy players make better players.

Coaches are using yoga and mindfulness to provide the necessary toolbox for players to cope and relax under enormous amounts of stress. Sounds like a wholesome approach to me!

Although the NFL is notoriously slow to implement changes that can improve the safety and wellbeing of their players, yoga is one of the first big additions we’ve seen to the repertoire of many teams.

Especially during long periods of intense stress and vigorous activity, such as the Super Bowl, NFL football players are using yoga to relax their muscles and prepare their bodies for the long road to victory. Next time you tune into the game, check out how the players move their bodies and where you can notice similarities to our beloved practice of yoga.