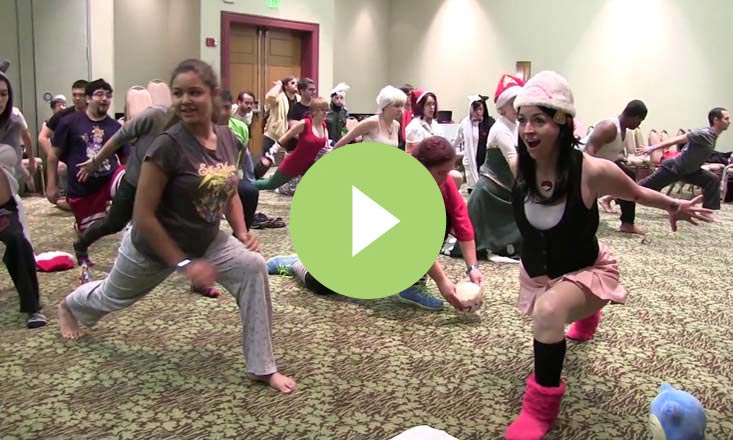 If you think hardcore anime fans and gamer geeks who regularly go to cosplays can’t bust out a Down Dog or Warrior Pose, think again.

At the recent Holiday Matsuri Anime and Gaming Convention in Orlando, Florida, yoga teacher and Pokemon enthusiast Lacy Amoeba just taught her third successful series of Nerd Yoga, which had Totoro, Nightcrawler, Naruto, and other popular characters from comic books and Japanese animation working up a sweat in forward folds and inversions.

Held in a hotel conference room without any mats, Nerd Yoga takes traditional asanas and renames them after Pokemon or anime characters in order to appeal to the crowd at hand.

The laid back class provides relaxation, stress relief, and allows convention attendees to mingle by sharing their energy in postures, as well by celebrating their passion for anime post-yoga class. Kawaii desu ne!