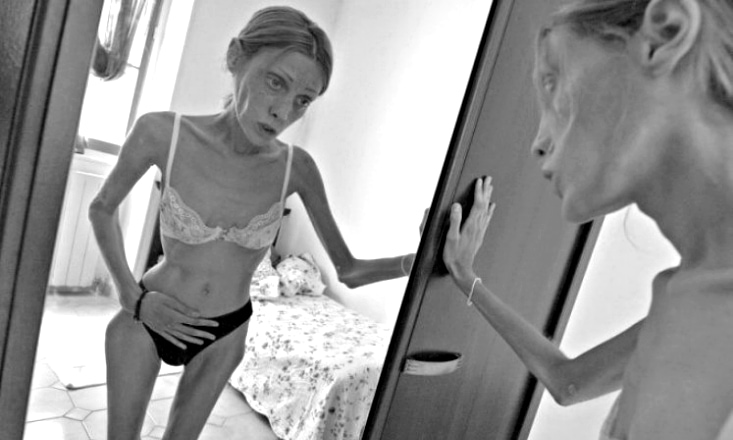 Anorexia nervosa and other eating disorders spurred by an obsession with thinness is a major problem around the world, especially for young women between ages 15 -34.

But in a nation that’s known for its high fashion, France is about to take big step towards preventing an Anorexia epidemic from spiraling out of control: mandating a minimum Body Mass Index (BMI) for fashion models.

Why This Bill Matters

It’s estimated that between 30,000 and 40,000 people suffer from Anorexia in France—and the vast majority of those suffers are teenage girls.

Anorexia is considered a ‘socially transmitted’ disease. Since young women often look to fashion models as role models, widespread photos of too-skinny women can be a catalyst for these diseases among vulnerable girls and women. Anorexia can cause kidney and liver damage, heart problems, depression, and even death.

Isabelle Caro, a former French fashion model who starred in a campaign to raise awareness for eating disorders, died of complications from anorexia in 2010. Her tragic death showed just how dangerous this disease really is.

What this Bill Would Change

If this legislation is passed, models would have to undergo regular weight checks to ensure they’re maintaining a healthy BMI. The law would enforce a minimum BMI of 18 for all fashion models—which comes out to a weight of approximately 121 pounds for a 5’7’’ woman. The World Health Organization considers a BMI of below 18 to be dangerously undernourished.

Models would be required to present a medical certificate demonstrating that they meet the minimum requirements before being hired for a job, and for a few weeks afterwards. If they don’t’ meet that minimum, models will be banned from appearing in advertising campaigns, while their agencies could face fines up to $79,000. Staff found to be involved in promoting anorexia among models could even face up to 6 months in jail.

An amendment to this bill would also crack down on other public images that promote anorexia, particularly “thinspiration” websites that glorify and encourage these unhealthy behaviors.

This bill would not be the first of its kind around the world. Italy, Spain, and Israel have already adopted laws against excessively skinny models on catwalks and ad campaigns, many of which took effect in 2013. Nonetheless, groups still find this bill to be controversial.

“It would be better to tell young girls, ‘Be careful, magazines are not real life,” Fabgregon said.

Some health experts, too, believe this legislation doesn’t address the most pressing issues at hand. While images glorifying excessive thinness can be a factor, genetics, biology, and psychology can play an even bigger role in developing these diseases.

But all health experts agree that something must be done to cut down on the number of lives lost and destroyed by this terrible illness.

While this bill may not be a fix-all measure, it may at least be a good place to start. What do you think? Is it a good idea to enforce minimum BMIs for models? Share your thoughts with the community!