Florida Company Offers Heli-Yoga to Yogis Who Love to Fly 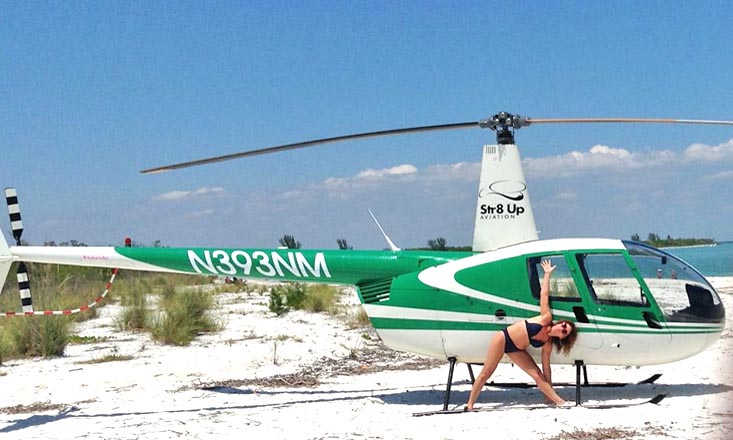 A company in Fort Meyers, Florida, has an irresistible package tailor-made for anyone who likes both yoga and helicopters: Heli-Yoga.

Before you get too excited, you should know that anyone who participates in Heli-Yoga does not actually do yoga while flying through the air in a helicopter or dangling from a helicopter or any other combination of doing yoga in or around a moving helicopter. 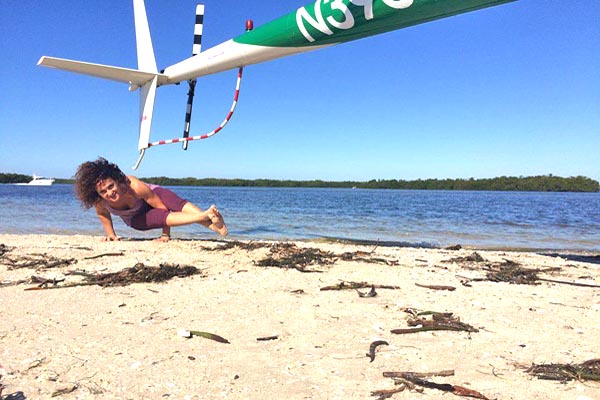 Customers of Str8 Up Aviation do get a 15-minute helicopter ride (Str8 Up refers to it as an “aerial meditation”) along the scenic southwest Florida coastline before touching down on a “secluded” beach, where they will participate in a private, hour-long yoga session.

This private yoga class is then followed by organic refreshments and a return trip to the airport.

Tania Melkonian, a certified yoga instructor, started Str8 Up Aviation with her husband, helicopter pilot Gavin Cresswell, in October 2013. The couple told the Naples Daily News that business was slow at first, but has picked up this year.

The Heli-Yoga package costs $850, but, according to Str8 Up’s website, patrons get to visit a beach that would otherwise be inaccessible, making this a great option for both beach lovers and anyone who loves the peace and privacy of private yoga sessions. 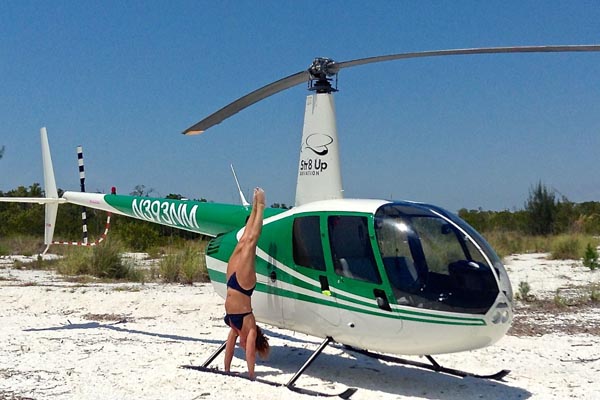 If that $850 price tag still seems a little too steep, the Naples Daily News reports that customers can even take the helicopter controls for a while if that’s something they’re into. (Seriously, who doesn’t want to fly a helicopter at least once in their lives?)

“It’s an instructional helicopter, so it’s sort of like a driver’s ed car that has dual brakes and gas pedals,” Melkonian told the Naples Daily News.

With the increasing popularity of yoga rooms in airports allowing travelers a tranquil place to exercise and remove some of the stress of flying, it seems only natural that someone would eventually give travelers the option of flying directly to a yoga lesson.

So if white sand, turquoise water, yoga, and helicopters all in one package sound appealing to you, consider adding Heli-Yoga to your checklist of new ways to do yoga!