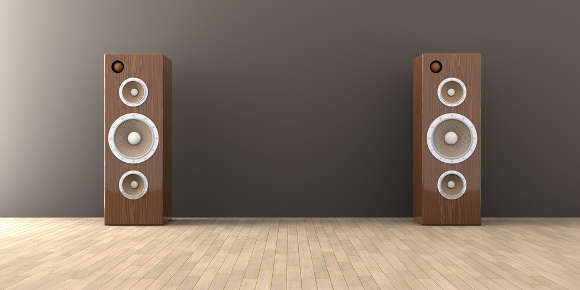 Sometimes no matter how "in the zone" you are, you'll find that you still need a quick boost to get you going and do whatever tasks you have at hand. For some, it's coffee (or any type of food), but for a lot of people, it's the perfect song or music that does the job. If you practice yoga and you're having one of those days where you lack motivation to get up off your ass and start doing yoga poses, maybe all you need to get started is the right yoga music to inspire and motivate you.

There are several types of yoga music that are popularly used in yoga schools and studios. The most common is instrumental yoga music, which can feature a wide range of Western, Indian, and ethnic instruments, sounds of nature, chants, etc. Chillout, lounge, or ambient music is also a popular choice for yoga music because of its steady beat patterns.

Choosing the right yoga music for your session would really largely depend on your preference. Some people are able to meditate or center their thoughts better with instrumental music or sounds of nature playing, while some work better with sounds of ethnic beats and strings playing in the background. Another factor to consider in choosing yoga music is the type of yoga you are practicing. If you're doing yoga for meditative purposes, naturally you're going to need music that is soothing to the ears and triggers feelings of relaxation.

Top 40 and mainstream pop music is generally not considered ideal yoga music, this doesn't mean that all yoga music have to be somber and serene. Come to think of it, mainstream music that you hear on the radio is rarely used as yoga music. However, some yogis do prefer to have upbeat yoga music playing during sessions, especially if the type of yoga being taught is of the more fast-paced variety. This type of yoga music helps students keep up with the pace of movements and transition between different yoga poses.

For upbeat yoga music, songs that are percussion-heavy with fast, steady beats are a popular choice. It could be, for example, contemporary Indian music with emphasis on the tabla and other Indian percussion instruments. There are lots of New Age music out there that are vibrant and energetic, without distracting you from your practice.

Where to Buy Yoga Music

If you practice yoga as part of a class in a studio, you generally don't have to worry about finding suitable yoga music – your yoga instructor will be the one to provide the music and create an overall mood conducive to the physical and meditative aspects of yogic practice. But if you're a yoga enthusiast and know enough about yoga to practice alone in the comfort of your home, it would be nice to have "inspiring" music playing as you work through your sessions. Even better, you can have complete control over what type of music works best for you.