Finding Flow and Acceptance in Your Being 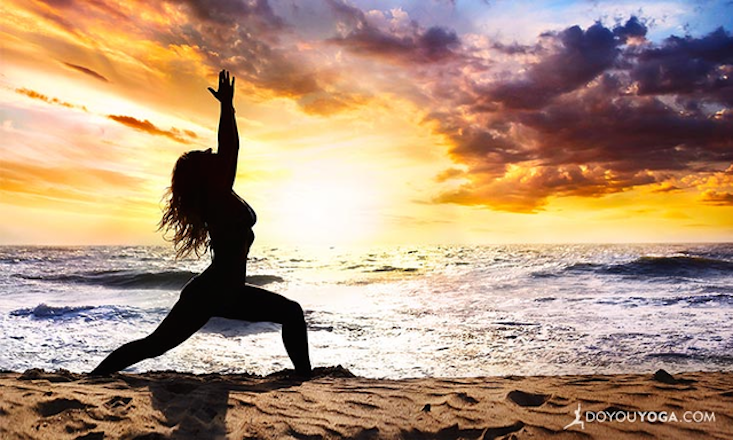 Nothing ever works out for me. At least that was the story I was telling myself. Every time I had a dream, or an opportunity presented itself, I would get really far in making things almost succeed, but never truly manifest success.

It wasn’t for lack of trying. The one thing I can do well is work hard. I’m a good New England woman who knows how to churn butter when it’s 12 degrees below zero while covered in black flies. And I never complain, because expressing feelings is NOT OUR WAY!

In fact, sometimes I work so hard and don’t even stop to question if something is right for me. I think I want what is in front of me, so I keep moving forward. Yet sometimes, what you believe you want is not always what you actually want, because knowing what you want is harder than you want to think.

The Struggle of Resilience

We all have expectations and a special vision for our lives. Although as yogis we aren’t supposed to be attached to outcomes, we're also humans who don’t always listen to our own advice. I can assure myself, “Toni, the important thing is the path, don’t worry about the result.”

Yet, when I am face to face with a letdown, my inner monologue is usually saying, “Toni, you probably should flush your head down the toilet and then live under your bed until the end of time.”

The existential pain of disappointment is hard to push through. It takes real strength to pick yourself up after you fall, especially when no one is there to kiss your boo-boos. When you put a lot of effort into something–whether it's a job, a relationship, or a yoga pose–and it doesn’t pan out, it's easy to feel like a failure.

Recently, I was given an opportunity that I really wanted. I mean REALLY wanted. The kind of wanting that keeps you up at night because you can’t stop thinking about it, and then you wake up still intrigued with the idea.

No, I am not talking about cuddling and watching Bill and Ted’s Excellent Adventure with Keanu Reeves because I am not a teenage girl anymore, although come to think of it, I will try to visualize that next. This prospect is about the career I have always craved, yet have been too afraid to talk about, because I could not admit to the craving.

But then I decided to talk to my friend about it. I expressed my inner apprehension that things usually don’t work out for me, no matter how hard I try. Because my friend is a yogi, New Age, spiritual, life coach type of gal, she immediately questioned me on this personal plot. “What would your life be like if you didn’t have that narrative?”

I didn’t feel like I was holding on to some self-defeating tale of my life, but rather articulating an honest observation of my experiences. It was hard for me to imagine that I was sabotaging myself through my inner dialogue. In my thinking, I was being realistic and honest about my past.

Breaking Through to Positive Perspectives

Again, because I am friends with the type of chicks who suggest shit like this, she offered to take me through a guided meditation to uncover what was really going on. Together, we tapped into the ultimate and eternal wisdom of the multiverse (then I got a text message and had to come out to silence my phone, but THEN we went back into the infinite space-time continuum of all knowledge).

Holy fuckhole! That one word, WRONG, changed my whole perspective on life. The wrong things haven’t worked out the way I had hoped because they were the wrong things. Did I learn a lot? YES! Did those experiences make me who I am? YES! And would those wrong things eventually lead to the right thing? HELL YES!

In life, we have to find flow and acceptance. Sometimes it feels like a river, a stormy lake, or an all-out tsunami. We just have to ride the wave and try not to drown.

Even though the thing that I want the most hasn’t come to full fruition YET, I have faith that if it’s right, it WILL! But if it’s not right, that’s okay too, because it will only lead me closer to my true journey. And in the meantime, while I am waiting and trying, there’s always Keanu.