Exploring the Anatomy of the Hips Through Yoga 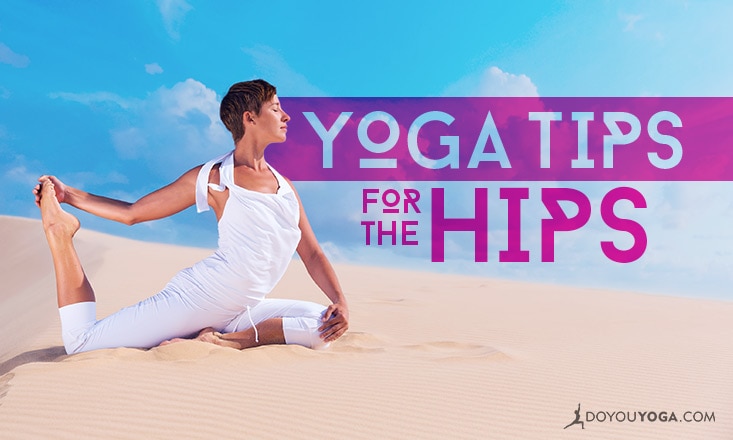 I’m in the process of moving. As a result, my mind has started to turn to thoughts of packing, purging, sorting, and organizing.

The process of doing this always leads to reflection, as when you move homes, you inevitably run across things you haven’t touched in a while. From there, you begin to explore and revisit old books, photos, and even that old sweatshirt you used to wear at the beach.

Working with the anatomy of the body in the context of yoga is not unlike the idea of moving. We’re “unpacking” the body by focusing on areas we may avoid in our day-to-day activities.

Just as when we move into a new place and our patterns of living shift, when we stretch on the mat, we create new patterns of movement: healthier ones that will allow muscles that are usually crunched to stretch and expand.

The Anatomy of the Hips

Working with the hips in yoga practice is a lot like this. When people say, “I have tight hips,” what does this mean exactly? We know that a “tight” muscle means one that is contracted, or shortened from overuse.

A muscle that works too much in one direction creates tightness along those lines. If we think of the muscles of the hip that draw our thigh closer to our body, as in flexion of the hip, we’re mainly talking about our hip flexors. These are muscles like the psoas, iliacus muscle, and the sartorius.

But, again, “tight” hips might not just mean the muscles that flex our hip; a person might experience tightness in the action of externally rotating the hip, as when we do Tree Pose and stand on one leg. The lifted leg, with the knee turned out to the side is the externally rotated hip.

Muscles like the piriformis, gemillis, and obdurators are now at work here, and if these muscles are tight, it can create discomfort.

Yoga and Your Hips

When we work with yoga poses that work our hips in the actions of flexion, extension, internal and external rotation, we may be taking them through some motions they do all the time and some motions that are done infrequently.

I often tell students that even if you didn’t know the names of the muscles involved, think about positions you’re in a lot (like sitting) and move in the opposite direction (like standing up and reach up and back, moving the hips into mild extension).

Poses that can bring the hip into extension include Warrior I, Warrior II, Crescent Lunge, Low Lunges, Airplane (all on the straight leg) Locust, Camel, Bow, and Wheel.

Poses that move the hip into flexion include Chair, Forward Fold, Seated Forward Fold, and the standing poses mentioned above (Warriors and Crescent Lunge with respect to the bent leg).

Poses that move the hip into internal rotation include postures like Cow Faced Pose and Eagle; these are poses where you work to bring the legs closer together.

The Hips in Movement

Going back to our example of moving, we can think of working our hips in all directions as an exercise in “moving” both on a literal and figurative level.

We’re moving energy, through the action of breathing; we’re moving the fibers of our muscles in all different directions, some routine and some “not so routine” movements. We’re creating new pathways of action and giving up old routines that don’t make sense anymore or that just aren’t healthy.

Sometimes, when we move, we feel sadness over the sense of loss and change. It can be hard to give up old patterns of movement, even if the body doesn’t feel so hot. The familiar feeling can be better than the risk it takes to let new feelings arise.

This is often why, after getting a massage, you feel a bit off because the therapist “uprooted” all the tightness in your body, rather than letting it fester. I know it’s good for me when I get one, but sometimes getting to that new place is painful.

Working with the anatomy of the body is a lot like this. Give yourself time to move slowly. Resist the urge to go to depths of stretch that are not yet accessible to you. Watch for places where you’re not paying attention and either resisting or overstretching.

Take deep breaths. Let feelings in the body arise and know that these feelings are only temporary and will pass. Close your eyes and allow your breath to guide you in the pose.