Dudes On Yoga: “Where’s My Junk Supposed To Go?!” (VIDEO) 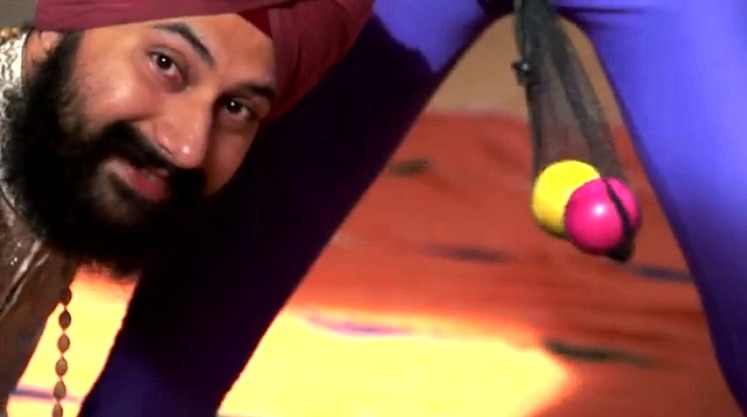 There are certain yoga poses that men find more difficult to do than women because of their…little guys. So this movie asks: Is manhood being crushed (or caressed?) by the ancient art of yoga? Why is Chair pose so damn hard to do without squishing your “dos amigos”?

They find the answer from Sri Guru Manjigglies Nutsack, who teaches them the wisdom of “The Adjustment.”

But before you go and hit play on this funny video, here’s a quick background story sent to us by Pedro Mata, the director of the film:

“In March of 2013, I was attending class with one of my favorite teachers (Cheryl, the militant teacher that forces the interviewer to experience a 926) when she called out a transition into Chair.  I need to correct the position of my “little guys” and she was standing next to me at the time, and said “what are you DOING Pedro!?!?!”

To which I replied “I gotta put them SOMEWHERE!” After class we had a good laugh and she started telling me about another student earlier in the day that actually asked her what he was supposed to do with his balls during yoga!

I called up my buddy Duane (the “interviewer” and the script writer of the movie). After sharing my experience that day, he started laughing and said, “you’ll never believe what happened to Lauren in class today…”  Lauren is Duane’s wife and yoga teacher.  Duane went on to say, “Lauren was teaching class that included a very muscular marine who, halfway through class raised his hand and said, ‘Ma’am, where am I supposed to put my junk!?!?”

12 hours later Duane handed me a 12 page script and we went to work.”