The Diverse Yoga Industry And My Ugly Duck Syndrome 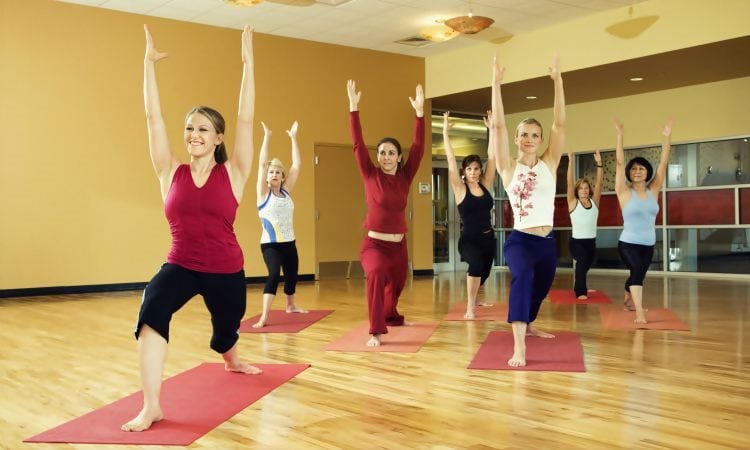 Last year I left the Yoga Journal Conference in tears. I felt out of place, and unwanted, in a yoga community full of amazing yogi goddesses in their perfectly coordinated outfits and gorgeous tousled hair. For a long time, I blamed it on myself; I was feeling crabby and PMS-y and initially chalked it up to being overemotional and a bit of a wimp.

I associated the side-eyes and strange vibe I felt that I was receiving to being overly sensitive. But it wasn’t until I reflected on the contrast of that environment, to the yoga community that I’m a part of, that I realized that this feeling was far more than just hormonal.

Being “Different” From Everyone Else

To put it briefly, my interests and pursuits in life have often placed me in environments where I’m noticeably different from everyone else. It’s normal for me, and I’ve grown accustomed to just ignoring or smiling sweetly to any negative comment or gesture sent towards me – intentional or otherwise – and retreat internally.

Yet my yoga life is relatively new, and has stayed very sheltered from the broader industry, especially since I spend most of my time teaching students in public schools! And sometimes, especially when it’s a new place, I can let that little nagging feeling get the best of me.

So, it’s easy to see that I’d quickly be overwhelmed with emotion at a large yoga convention, and because it bothered me so much that I couldn’t retreat inside, I decided I simply wouldn’t go again, to avoid feeling out of place and isolated.

Yep, that’s what I call it – when I’ve decided that I simply do not fit into an environment and therefore don’t belong, and go hide under a leaf to avoid all the awkwardness. Pretty pathetic, right?

In many attempts to kick that sad little habit to the curb, I went to part of the conference again this year — with a bit more strength and preparedness than the one before. I was still off-put about the weird statements on my hair, and the three people who "just wanted to be sure I was in the right place," but I was also happy to hear discussions on diversity and inclusiveness, and the need to celebrate a wider range of yogis in the mainstream yoga media.

I know it’s so easy to retreat, or get frustrated, and write off the yoga industry for being too homogeneous and exclusive. I know it’s just as easy to get angry towards those that make it a point to accuse and stereotype others for contributing to that image. And I especially know that it’s never nice to feel like the ugly duckling.

But even I forget that all yoga communities are one, banded together by our mutual love for the practice, and we should never, ever give up on each other, regardless of how we might feel.

And as a yogi – not a black yogi, just another one of us – I’m so grateful to have you all out there too, striving for a community that welcomes and respects us all, because it helps us discover a little more love for ourselves, too.