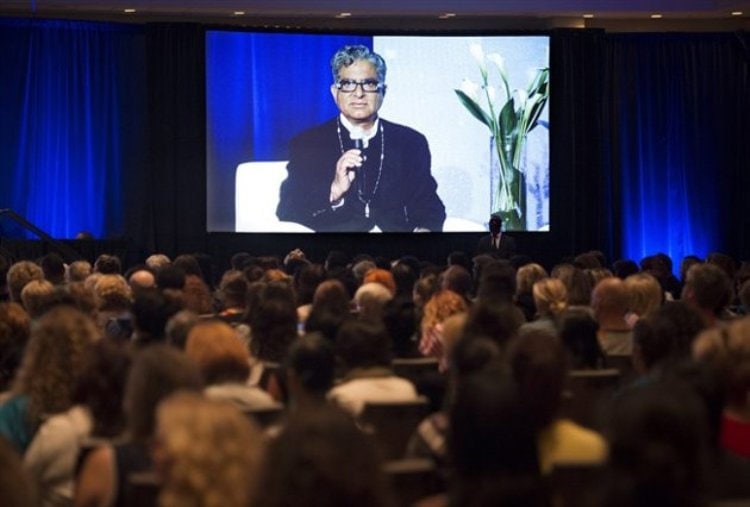 Although meditation seems by nature a solitary act, that didn’t stop 93,000 participants from trying to set a Guinness World Record in meditation last week.

Hundreds joined guru Deepak Chopra at the Westin Harbour Castle in Toronto on August 8 as he led a synchronized meditation; thousands more logged in online, and four official Guinness observers were on hand to witness the spectacle. The event, which was free and open to the public, needed 15,000 participants to break the world record for largest synchronized online meditation, according to Yahoo News Canada.

Before the meditation, Chopra participated in a Q&A session with motivational speaker Gabrielle Bernstein, and the two offered tips on meditation to newbies. Chopra, a best-selling author, doctor, and advocate of alternative medicine, tells Yahoo News that meditating as part of a larger, collective group has many benefits.

The jury’s still out on whether or not a new record has been officially set, but even if only half of those 93,000 people were actually meditating, that’s still quite a feat!

What do you think? Would you rather meditate alone or as part of a crowd?