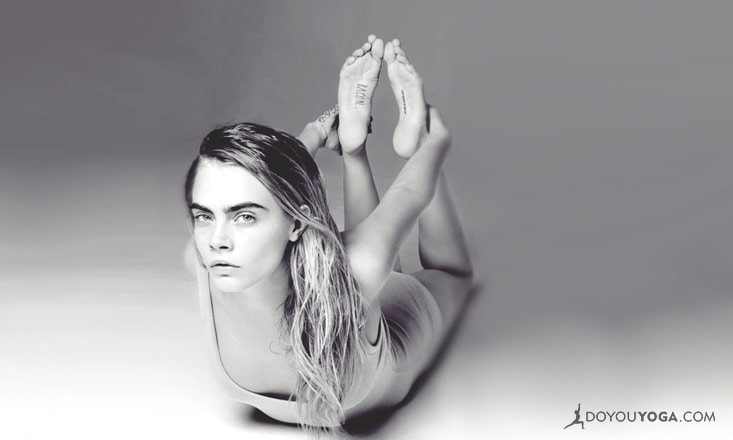 Cara Delevingne might be a supermodel, a social media superstar, and a Hollywood celebrity, but she's not immune to something that many of us have experienced at some point in our lives. The 23-year-old Brit dubbed “the modern It Girl” has suffered from depression and anxiety since she was a young girl.

In an interview with Esquire, Delevingne shared how she learned to repress her emotions at an early age. Bottling it all up inside led to a mental breakdown at age 16, which she got through with the help of medication and the support of loved ones. However, the battle was far from over. Over the years, Delevingne has suffered from frequent bouts of depression, anxiety, and self-hatred.

Now, however, Delevingne does her best to cope with depression through non-pharmaceutical means. Talking to Elle Magazine, the Suicide Squad star shared how practicing yoga brought her further down the path to healing.

“For me, yoga's the only way I can really feel things and check how I am. Because there is always pain somewhere, even if it's completely irrational pain, and it's always good to find it and get it out.”

Delevingne has also stopped holding her feelings in check. “I don’t think I have ever, ever cried in front of more than one person ever, ever," she shared. "Because I grew up in this very 'emotion is weak, head up, move on, onward and upward’ kind of way. Which is not healthy."

Depression affects approximately 350 million people worldwide and is typically treated with a combination of medication and therapy. However, scientific evidence is growing that yoga can be helpful in managing the symptoms of both depression and anxiety.

Has yoga helped you through a particularly tough time in your life? We'd love to hear about it. Sound off in the comments!