Are You Yogier Than Thou? 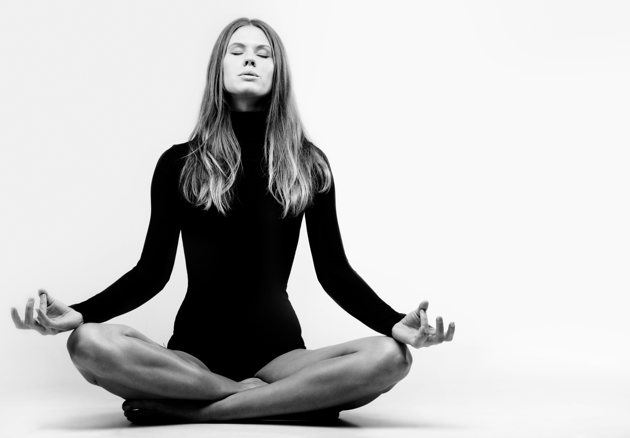 Here's some food for thought about egos.

"Always be aware of the feeling of superiority. Self-righteous superiority is your biggest clue that you are in an ego trap. The ego loves to sneak in the back door. It will take a noble idea, like starting up yoga, and then twist it to serve its own ends by making you feel superior to others; you will start to look down on those who are not following your righteous "spiritual" path. Superiority, judgment and condemnation. That is the ego trap."~ Unknown

There is a dichotomy in certain “enlightened” cultures. The Catholic Church doesn’t honor same sex marriage. It is considered a sin to be homosexual. Many devout Christians express some very un-Christian-like views about this idea that are not rooted in loving kindness or oneness.

It's the same with yoga communities and a certain yoga culture that does not necessarily accept diversity in lifestyle choice.

A friend of mine, who has been battling cancer for two years, wrote a beautifully inspiring article about her journey, and her goal to live a joyful life in the face of adversity. She cursed as she expressed raw emotion and realness in her struggle. Despite the depth of her truly inspiring expressions, someone pompously commented that a “REAL” yogi wouldn’t use such language.

Just the other day, as I was preparing for my practice, the studio buzzed before class. I couldn’t help but overhear two women chatting about the pros and cons of eating before class. Their bodies were lean. Their spines were elongated and both could have been on the cover of Yoga Journal.

One of them said, “I pick on some food before class. I don’t stuff my face or anything, but who eats like that anyway?” Her fellow yogi nodded with a furrowed brow to show absolute agreement.

I immediately remembered the Nutella pizza I ate for dessert at a restaurant the night before. I did, in fact, stuff my face. It was worth it. Nutella as pizza? With marshmallow topping and tiny pieces of chocolate? Why, yes please!

Later that week, as I sat for my yoga teacher training, snacks were set out and our teacher declared that we can go ahead and dig in because they are all vegan and gluten-free. I nodded with approval pretending to care, just as the Yoga Journal woman did.

My nod was fake. I was feigning approval. I then began to wonder if the Yoga Journal woman’s nod was fake too, and if she secretly eats Nutella pizza. I can’t help but think she should. Then, I realized that my thoughts were judgmental.

I eat meat. I love a good steak, and glass of wine. A large portion of gluten-filled pasta really makes my mouth water. While yoga is a passion I’ve uncovered, and I have experienced much personal growth in my practice, the whole vegan, gluten-free lifestyle just hasn’t caught on for me.

I don’t even eat organic food. I don’t use all natural…anything. I have true respect and admiration for my fellow yogis that are strong-willed enough to devote themselves to a life of vegan, organic, gluten-free, all-natural, farm-to-table lifestyles. I just…simply don’t feel inclined to do so.

I have fleeting moments of inspiration where I envision myself as this “other person” that professes she is a vegan. In this imaginary scenario, my skin glows as I backbend effortlessly, and say things like, “These Kale chips are AMAZING!!!” I sip warm water with lemon throughout the day. In reality, I’m a hard core coffee drinker with a weakness for plain old salty tortilla chips.

I’m a lazy juicer too. I will make a green drink once a week, or once a month, or if the mood strikes somewhere in between. While I do enjoy my green drink, I’m not committed to my green drink. I can’t commit. My green drink deserves better. I got to thinking about acceptance and certain possible ego traps in being part of an “enlightened” culture.

It is important that we do not maintain a false self. This is a barrier to intimacy with others. When we hide our true selves or wear masks, we are not being self-focused or self-loving. We are projecting this false self so that others will accept us. This is a cycle that we create, in which we will never truly feel accepted because we aren’t accepting ourselves. We need to trust our bodies and our spirit to align with what feels right for us.

When we trust ourselves in how we choose to experience life and the universe, we are being self-focused and can then become more self-loving. Some may say that it is not self-loving to eat meat, or to indulge from time to time. That is their perspective and what feels in alignment to their personal happiness.

It is so important to accept that everyone feels differently, and aligns themselves with people and experiences that match their own perspective. Surrounding ourselves with people that accept and appreciate our true selves is crucial, as well.

Yoga is defined as "union with the divine.” Yoga builds awareness of our bodies, feelings, the world around us, and the needs of others. It promotes interdependence between mind, body, and spirit. It helps us live the concept of "oneness." In order to do so, we can step into awareness, as we honor and allow for different perspectives in how we choose to experience life.

As we practice, our instructors help our alignment in each posture until, eventually, we can intuitively feel proper alignment in our own bodies and adjust accordingly. We can practice this same intuitive alignment when we step off of our mat into our everyday lives. We can align with acceptance, non-judgment, and awareness of oneness.

The real yoga begins when we step off of our mat. So, if you catch yourself being yogier than thou, remember alignment. Remember union. Maybe try Nutella pizza. I won’t judge you if you don’t, in the same way we shouldn't judge those who do.