A Yogic Approach to Addressing Racism 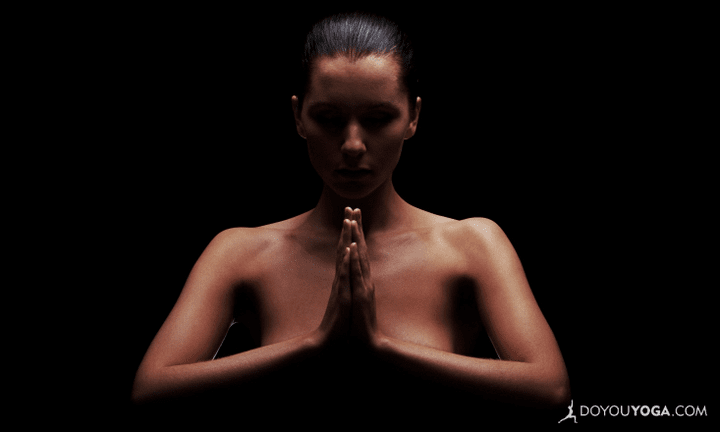 I have spent my entire week reading every article, watching every news clip, and scouring the internet for more information about the Baltimore riots. It is the second major riot over a police killing this year, and this current narrative is one that has been played out time and time again in American history.

What is unique about these events in modern times is that thanks to social media, cell phone cameras, and alternative news outlets, there is more information being disseminated than ever, as well as more opinions.

As grateful as I am to have access to as much content as possible, some of the comments, reactions, and opinions I have read are disturbing. The problem with online media is that you are forced to consider people’s ideas that you would never stand to hear in person.

I don’t willingly choose to hang out in the parking lot of Klan rallies to listen to their banter, but sadly, some of the things I have been reading assault my consciousness to the same degree.

The hardest thing for me is having Facebook “friends” express their willful ignorance when addressing racism. It is one thing when “bonertown6789456” says something belligerent, because I just don’t know that guy and have no interest in going there.

But when my news feed is filled with people lacking any nuanced understanding of how the world works, it’s maddening. Their statements reflect a lack of curiosity and empathy as to how other people survive in this social landscape. It may not be as overt as what is said at a KKK family reunion, but it’s just as offensive.

Fitting in to a Meaningful Dialogue

To be honest, my initial reactions to these comments weren’t exactly what one might call mature. Sarcastic and antagonistic, yes, but nothing Gandhi would have said on his profile, that’s for damn sure.

How does the yogi in me start to address the racism around me? ~Toni Nagy

After a day of psychically eviscerating people I didn’t agree with, I had to take pause and think of my commitment to the yogic way of life.

It is no secret that the Western yoga community is heavily populated with white women. I myself am a white woman. So even though I cannot personally connect to the black experience, that doesn’t mean I don’t have a responsibility to bear.

I started to wonder: what is my place in this conversation? How do I contribute to those who are suffering, while at the same time not alienating those whose ignorance only inflames the situation?

I want to be a part of changing hearts and minds, but that means I can’t be too emotionally charged when approaching those with whom I disagree. How then do I take a yogic approach to a circumstance that has many shades of understanding?

Then I realized, that’s exactly it. That is the value I can add.

The yogic teachings aren’t just about Side Crows and Headstands, but examining, self-reflecting, and cultivating deep compassion for all. As a yogi, I must philosophically question every angle in order to counter assumptions and rage.

Just like not every cop is a racist murderer, not every protester is a looting thug. Instead of engaging in the ignorant vitriol of social media, one must look beyond the polarizing picture to seek the truth.

There is a context to everything, and that context has to be fully dissected. The process is not to sit back and judge others, or to call one person a villain and the other a saint. The system itself pits us against each other, and the only way to address the anger is not by making assumptions, but instead, by asking the right questions.

How can we understand and respect each other? How can we grow love for those we do not know? What are the steps to healing wounds that are etched so deeply and festering in our society? How can we realign ourselves for peace and justice?

It’s not like I am creating the New Deal, or the Emancipation Proclamation; the steps we take on an individual level to create a change won't be a politicized or sweeping act. They will take time, patience, justice, love, and small feats on a personal level.

If I can make an impact in my small circle, hopefully my little light will connect with others. That chain of light can break the chain of racism if we all keep participating in a constructive dialogue.

When I see oversimplified analysis that promotes limited and sweeping conclusions, I will continue the conversation and positively affect it: loosening up the space so other people can feel compassion as well. We need a new lens to look through.

Yoga helps me breathe through my own judgments and to believe that with the right care, a closed mind can one day be opened.