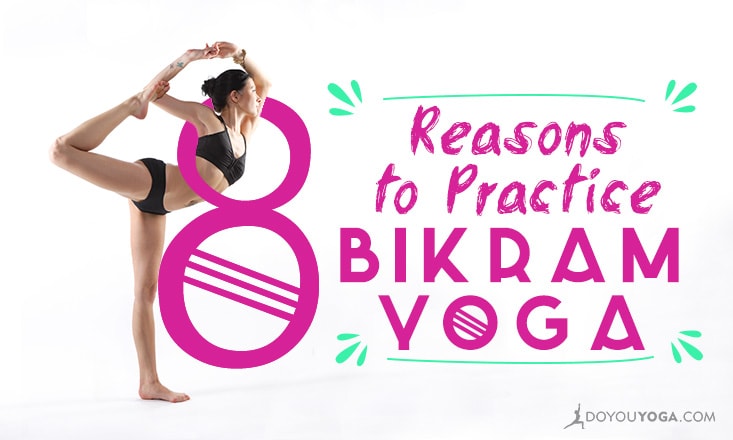 Also commonly known as hot yoga, Bikram yoga is a style of hatha yoga composed of a series of 26 postures and two types of pranayama (breathing exercises), done twice over a period of 90 minutes, in a room typically heated to about 105 degrees (or 40 degrees Celsius).

The Bikram sequence was designed by Bikram Choudhury with the supervision of his guru Bishnu Ghosh as therapy for a severe knee injury Choudhury had incurred while weightlifting as a competitive yoga athlete in his teens.

When the program restored his ailing knee and improved his overall health tremendously, Choudhury went on to start several schools around India and in Japan, all of which offered students the therapeutic benefits of Bikram yoga.

When Choudhury finally arrived in America in 1973 and set up shop in Los Angeles, some of his earliest students were notable figures such as Shirley Maclaine, Kareem Abdul-Jabbar, and former US president Richard Nixon.

Despite the controversy that has surrounded Bikram these past few years, the yoga he mainstreamed benefits millions around the world. Whether you’re a regular Bikram yogi, or are curious and want to try it out, here are eight reasons many of us can’t get enough of Bikram yoga.

Naysayers can say what they want about Bikram, but one thing they can’t knock is its incredible ability to make you sweat. Now, unlike Britney here, you won’t have a dedicated flunky in class patting you dry as you perspire, but trust that you’ll be completely drenched and detoxed in the hot box.

2. It enables you to de-stress and sleep better.

Like other forms of exercise, Bikram yoga helps you let go of stress and anxiety while helping you expend enough kilojoules of energy, so you’re totally winded and can sleep like a baby come nighttime.

3. It makes you a lot more flexible.

The heat in Bikram encourages the loosening of your joints, letting you stretch and bend your body in many different ways. Be careful not to overdo it though—stretching without integrity or proper form can lead to injury.

4. It improves your sense of balance.

Bikram standing and balancing poses promote grounding yourself through the heels, distributing your weight evenly throughout the four corners of the feet, engaging your hamstrings and locking your knee, and aligning your hips and tailbone with your spine, all of which do wonders for your balance.

5. It increases your focus and deepens your concentration.

The first half of Bikram class requires that you hold a series of standing and balancing poses anywhere from 30 seconds to a minute, training and enhancing your mental resolve.

Your mileage may vary here, but if you usually hit the sack pretty early, you may find that going to Bikram in the evening keeps you up way past your bedtime! Practicing it in the morning, however, generally expands the number of hours in your day for both productivity as well as recreation.

7. It teaches you how to really breathe and stay calm.

Bikram fondly calls the hot room his “torture chamber,” and for good reason! Between the heat, the fact that you’re expected to do the poses as your teacher says, and the diverse tendencies of the monkey mind, this practice can trigger your “fight or flight” response.

However, you’re taught ujjayi breathing here—deep and slow, mouth closed, your nose used only as a passageway, lungs and chest expanding on the inhale and contracting on the exhale. This keeps you calm and relaxed throughout class and in stressful moments in real life.

8. It makes you feel amazing.

Finally, one of the best reasons to do Bikram yoga is to feel infinite.

Whether you were able to “nail” a pose you’ve been working on, that final Savasana really hit the spot for you, or you’d just come back after a long break, Bikram yoga gives you this lingering feeling of absolute awesomeness and bliss, like you’re a giant and an immortal and can take on anything.

Are you a longtime Bikram yogi, or are you relatively new to the practice? Which of these items feel familiar to you? If you have yet to try Bikram out, which of these things do you look forward to the most? Share your experiences and thoughts below!