5 Ways Ayurveda Helps Us Take Health Into Our Own Hands 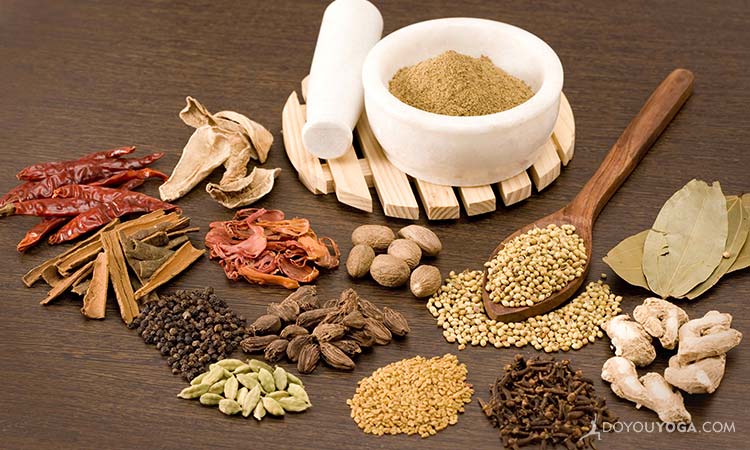 Dating its origins to more than 5,000 years ago in the Indian subcontinent, Ayurveda (the science of life) is the world’s oldest system of healing. Ayurveda is known as the sister science of Yoga, which is found most often in spas and celebrity circles today than in the hands of the general public, where it was once practiced with great fervor in ancient India.

Having been abolished by British colonists for many years, Ayurveda is now reemerging worldwide as a sustainable health solution. So, why Ayurveda? What makes this ancient science so unique, effective, and inspiring in our modern times?

1. Ayurveda addresses the root causes of disease and imbalance, rather than just mere symptom management.

In the modern medical system, which is based more on lab results, testing, and research than principles, there is an emphasis upon managing one’s symptoms while searching for root causes of health problems ‘out there’ somewhere (think germs, genes, etc.). The search process takes place primarily via the use of computers and other modern medical equipment.

In Ayurveda, however, we are trained to dig deep to discover the root cause(s) within a person’s own life, whether that be their diet, daily routine, work, relationships, thoughts, or some combination of all of these. The search process takes place right with the patient via asking the right questions and getting to know the person deeply.

Once determined, Ayurveda employs its principles, which have withstood the test of time, to work to reverse the root causes. Ayurveda’s principles can be applied to any difficulty, even the most chronic conditions.

2. In Ayurveda, each person is treated as a unique individual and is provided customized wellness solutions.

Nowadays, when we go to a doctor, we are typically examined primarily at the level of the body and given a one-size-fits-all prescription to deal with our disease. And if we exhibit even the slightest bit of mental anguish, we are automatically labeled as being bipolar, depressed, or hyperactive, and accordingly given either antidepressants or ADHD medication to cope.

The western medical system is designed such that doctors are encouraged to treat diseases, rather than people.

Ayurveda practitioners, however, spend more quality time with patients—building a relationship, and thereby focusing on the person first, and the disease or imbalances later. A lot of care is put into developing the most optimal diet, daily or seasonal routine, exercise regimen, yoga and meditation practice, herbal medicines (only if needed), and more for each person.

3. Ayurveda has a truly holistic definition of health that includes body, mind, soul, and senses.

A child who spends his entire day watching destructive and violent movies may start feeling depressed and hopeless due to what he is taking in through his eyes and ears, not necessarily due to inherent or genetic mental imbalances. But this same child may still easily be written off by doctors as depressed and given Prozac, which gives him side effects that keep him coming back to the doctor in an endless, vicious cycle.

In Ayurveda, the human being is seen as an integrated whole, with not only a body and mind, but also a soul and five senses—which are like the five doorways through which we absorb and perceive the world around us. Because an Ayurveda practitioner would dig deep into the child’s daily routines and habits as part of the initial intake process, this practitioner would determine excess intake of violent films as a root cause of the child’s depression.

The Ayurveda practitioner would not resort to prescribing medications right away. The practitioner would rather recommend the child spend more time in nature and only watch movies and read books that instill hope, joy, and inspiration, as a start.

4. There is an entire sub-branch of Ayurveda that focuses exclusively on how to actually be healthy.

The reason why a classically trained Ayurveda practitioner will not automatically resort to writing prescriptions is because there is an amazing two-pronged scope to the practice of this science. The first is known in Sanskrit as “Svasthasya Svasthya Rakshanam,” which means “protecting the health of the healthy.” The second part of Ayurveda’s scope is therapeutics to skillfully treat disease.

Ayurveda has a sub-branch called Svasthavritta, which literally means “the protocols by which one can remain healthy.” Before prescribing medications, Ayurveda practitioners have a toolbox of daily and seasonal routines, balanced food, sleep, and sex protocols (the three pillars of health, according to Ayurveda), yoga and spiritual practices, healthy exercise patterns, and communication strategies to equip you with.

5. Ayurveda empowers us to take health into our own hands.

Investing the time to learn new tools for your Svasthavritta health toolbox allows you to not only reclaim the health that Ayurveda teaches is our birthright – but to sustain it, too. There is no such thing as developing a dependency on the doctor in this system of health. In this way, Ayurveda does not attempt to “fix” patients, but rather to truly set us free.

What’s more is that Ayurveda teaches us that there is, in fact, a deep part of us, our innermost essence, which is always completely healthy. To learn and practice Ayurveda means to connect with countless incredible, drug-free ways to experience your wholeness. Grounded in unshakeable principles that have withstood the test of time, Ayurveda is just as beneficial today as it was thousands of years ago.