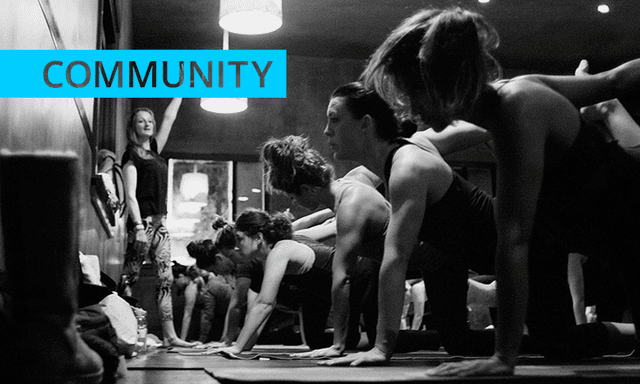 As I approach my five-year anniversary as a yoga teacher, I realize this is very true. There’s so much I don’t know and so many times when I have to be in the moment, go with the flow, and, ok, totally make it up as I go.

I’ve come a long way, but there are still some things I wish More-Experienced-Me could go back and tell Just-Starting-Out-Me about the yoga teaching biz. Here are the insights I've gathered so far on my journey.

And for that matter, stop being so comparison-y. Mediate your thoughts and search for positivity, particularly when considering yourself but also when you think about other teachers and different styles of yoga.

By stepping into a classroom and criticizing every teacher or yoga type for not being the way you think is “right,” you’re cutting yourself off from learning something. Learn from this, and it could end up being good material for you when it's your time to step to the front of the room.

Plus, that's basically you up there. They’re going through what you go through: the same self-judging and over-efforting struggle.

2. People just make weird faces when they do yoga.

It can be ugly, but it's true. People sometimes do handstands while the rest of the class is in Pigeon. They'll show up late and leave early. Now and then, they won’t wear underwear or deodorant. Don't take it personally.

Be compassionate. It’s not about you. Hold space for everyone, unconditionally, and not just the ones who laugh at your jokes or nod at the super profound nugget of wisdom you just dropped. Love the ones who ruffle your feathers, too. Practice making it about them instead of you.

Recently one of my best friends got her yoga teacher certification. Right away, she created her own Facebook page and started running pop-ups. This fall she’s co-leading a retreat.

Outwardly I'm all support. But in my head, all I can think is: She can’t do that! She needs more experience! I’ve been teaching over four years and still haven’t done any of that!

You don’t need 800+ hours, a lengthy yoga bio, and your own studio to lead others. You’re qualified right now. The practice of being vulnerable and taking risks makes you grow. Take courage and you'll be unstoppable.

Literally and figuratively. People want you to guide their energy with confidence and they want to feel seen and connected. Even if they think they don’t.

Throw in some simple sun salutations and say some real shit: Shit only you can say. You don’t need to (literally) reinvent the wheel, you just need to be yourself.

Because that’s everybody, and by letting people see you, they feel seen.

Stop trying too hard to get people to like you. Stop thinking so much about doing it right. Stop worrying if people think you’re full of shit. You got this, so start owning it!

You’ll teach awesome classes and you’ll teach some whack ones. You need both. So, relax. No, actually, don’t relax. Keep freaking out, but just know your freaking out is necessary to learning how unnecessary freaking out is. Calm down knowing you’re right where you need to be.

Jessica Kenny is a member of the DOYOU Community. The opinions and statements expressed in this article are those of the author, and do not necessarily reflect those of DOYOU and Skyrocket Media.