5 Reasons To Stop Beating Yourself Up 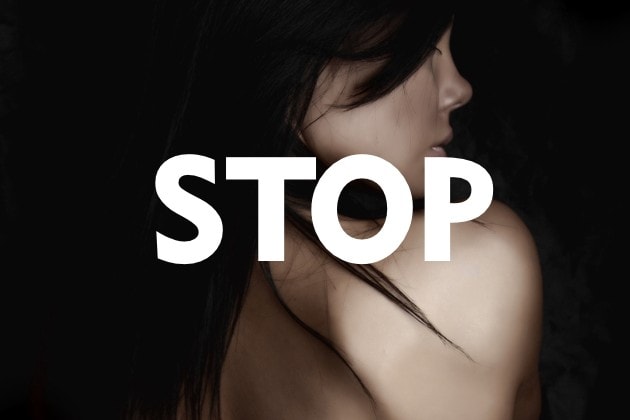 Do you know that feeling of having all kinds of negative thoughts about yourself jumping up and down in your head? Being regretful and angry about something you’ve said or done a few hours ago or even a few days ago? Do you know how much time of your life you’re wasting by doing this?

I started my first real job after grad school about three weeks ago. Besides all the new faces and names, my tasks are completely new. I’m taking in a ton of new information every day, learning things I have to watch and remember. Last week, I forgot to add a header in a Word document. Big deal, right? Believe it or not, I caught myself thinking about it and beating myself up for it the entire 40min train-ride on my way home after work. I simply didn’t get over the fact that I forgot the header (!)and that my manager had to remind me. What’s wrong with that picture?

The same goes for my ability to speak English fluently. I moved back to Germany last September after living in the USA for almost 6 years. Suffice it to say, my fear of losing my English is absolutely exhausting to me. As soon as I cannot think of ONE word, I start panicking, calling myself stupid and other “nice” words. Again, what’s wrong here?

Although I am working on my pointless perfectionism and not being my biggest critic, I have to admit to myself that this change will take a whole lot of time and serious energy. However, I know I am not alone with this. Why are we so critical of ourselves?

In my attempt to stop this nonsense, I have begun a list of 5 good reasons (there are many more!) for why it is pointless to continue beating ourselves up.

1. It Won’t Get You Anywhere

Let’s be honest. Where have those moments, hours, or even days of thinking about something you’ve said or done in the past brought you? How many great moments have you missed because of your worries and preoccupation with the things that have been said and done anyway? Nowhere. Exactly! If you’ve made a mistake, just see it as a lesson learned. We cannot possibly grow without learning, and learning often follows after we’ve made a mistake. So embrace it. Pick yourself up, learn from it, start again, and make it better. Remind yourself: “You wouldn't worry so much about what others think of you if you realized how seldom they do.” Eleanor Roosevelt

2. It Takes Away Energy

I don’t know about you, but being my own biggest critic, doubting my abilities, and scrutinizing my actions and behavior is absolutely exhausting! I catch myself feeling tired and sluggish from being too much in my head. Being an introvert, I am naturally mostly in my head. However, if the majority of my “head time” would include positive thoughts, then this would be my way of recharging my batteries instead of depleting them. Now, on top of this, trying to please everyone is not only utopia, it’s also absolutely impossible. So let’s stop fighting this battle with ourselves and use this energy in a more productive way… like going out dancing with friends.

3. It Prevents You From Being Happy

Isn’t it funny and ironic that we have no problem saying nice things to others, admiring them, and finding them beautiful even with their little flaws, but when it comes to ourselves, we tend to focus only on the negative? We criticize things we’ve done wrong instead of focusing on what we’ve accomplished, how far we’ve come, and what makes us unique and lovable. Why are we so hard on ourselves? Think about it, some people look at you and wish they’d have your kind of humor, your eyes, shape, freckles, curls, or whatever that makes you YOU. It’s time to stop this little nagging voice in your head, take it by its hand, and silence it with ALL the great and positive things about you. And I’m sure, if we’d all be honest and not so critical with ourselves, we could actually find a whole lot of facts proving our fabulousness.

4. It Makes You Feel Powerless

Each time you’re finding something new to dislike about yourself, it is like you’re putting yourself in a prison. Your humor, a comment you’ve made, or even just little things like your hair that doesn’t look the way you want it – you’re punishing yourself with negative thoughts and disapproval, which locks you up in your head and prevents you from being free to be yourself. Now, think about something that you LOVE; for example dark chocolate. Believe it or not, there are still people out there who don’t like dark chocolate! However, dark chocolate is not beating itself up or trying to change its taste because of that. So why are you?

5. It Makes You Overly Sensitive

I have noticed a change about myself since I started being so hard on myself: I got way too sensitive. It’s almost like you’re putting everyone up on a pedestal, celebrating their beauty, talent, and awesomeness, while putting yourself lower and lower. This comparison with others is just as pointless as the attempt to be perfect. It opens the curtains for the “Look at others to see what else I don’t have and what else is wrong with me” show.

“When there is no enemy within, the enemies outside cannot hurt you.” African Proverb

Think about it. If you’d have a friend who talks to you the way you talk to yourself, how long would you stay friends with this person? Exactly!