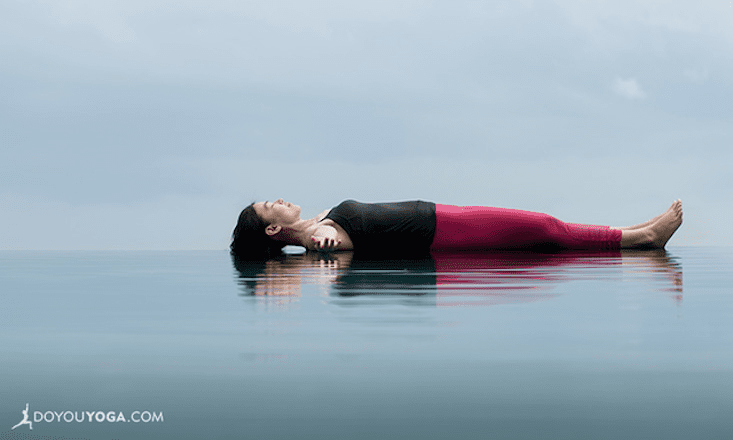 Yoga nidra is both a state and practice of consciousness between waking and sleeping. It is an ancient yogic practice that was not well known until the late Swami Satyananda began popularizing it in the mid-20th century.

Sometimes referred to as “yogic sleep,” yoga nidra is a form of meditation and a mind-body therapy that allows for deep restoration and relaxation.

I was first introduced to yoga nidra on a yoga therapy training in Nashik, India in 2012. Every morning at 11:00am, we would gather in the practice room and lie down in Savasana while a recording of Swami Satyananda’s yoga nidra was played for us. Many of us looked forward to our “morning nap,” however it wasn’t until I had an out-of-body experience that I knew yoga nidra was a powerful practice.

In addition to providing relaxation, our yoga teachers/yoga therapists told us that yoga nidra was also prescribed to patients as a complementary therapy. As an all-encompassing healing practice, here are 5 reasons to practice yoga nidra:

1. It is an accessible form of meditation.

2. It helps the physical and mental bodies rest completely.

Our minds are always active, including when we are sleeping. Yoga nidra is sleep but with traces of deep awareness. During “normal” sleep, we lose track of the self but, in yoga nidra, there remains an inward lucidity that can only happen when the mind is in a state of surrender and rest.

3. It is said that a 30-minute yoga nidra practice is equivalent to 2-4 hours of sleep.

In yoga nidra, the benefits are immediate, from reduced stress to deep rest. Following a practice, you feel relaxed and rested. Whenever I’m in need of an afternoon nap, I opt for a yoga nidra session instead which rejuvenates me for the remainder of the day.

4. It helps to improve quality of sleep.

According to Swami Satyananda, yoga nidra is “a systematic method of inducing complete physical, mental, and emotional relaxation.” As we learn to unburden ourselves from stresses, the quality of our experiences improve, sleep included.

5. It is a powerful form of manifestation.

Each yoga nidra practice opens and closes with “sankalpa,” a heartfelt intention. "Sankalpa" is a statement that should represent a deepest desire, but is said in the present tense as an existing reality (e.g. “I am whole, healed and healthy” as opposed to “I hope to heal”).

Swami Satyananda says that sankalpa is mental energy that becomes stronger than matter. When practiced regularly from the depths of our being, it has the power to become reality.