5 Benefits of Yoga for Teens 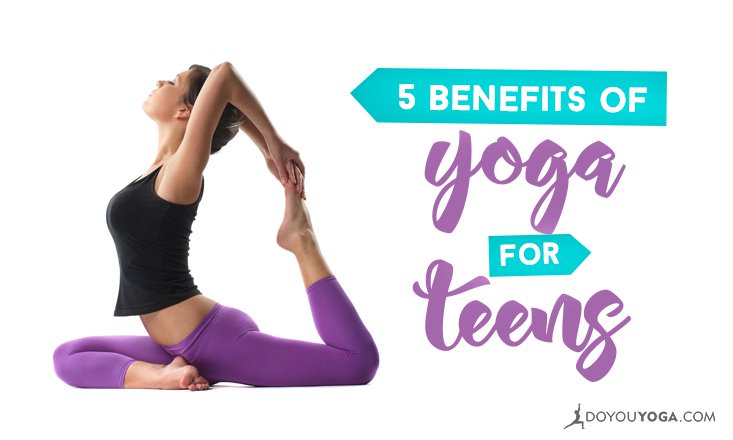 Scientific and experiential evidence proves many of yoga’s well established benefits. From physical to mental to spiritual, devoted yogis everywhere race to their mats to reap the rewards.

And now, recent research from the Journal of Developmental and Behavioral Pediatrics shows that even high-school students can cash in on the same benefits that older yogis do.

This inspired us to pull together the top five benefits of yoga practice for teens below. So whether you’re a teen yourself, a parent of a teenager, or just a yogi looking for even more reasons to hit the mat, check it out!

Yoga builds strength, increases flexibility, lengthens the muscles, increases coordination and balance, builds core stability, and can help students’ posture rebound from a day hunched over a desk (or a smartphone!).

As a teenager, there are heaps of distractions around — from what you’re going to wear to the football game on Friday night, to the who-likes-who dramas — there are much more interesting things to think about than the correct placement of an accent in Spanish class.

Yoga can help teens mentally refocus on the task at hand. By practicing living in the moment on the mat, teenagers can more fully concentrate on the present moment off the mat.

By practicing present moment living on the mat, high school students will have a better sense of their emotions. Yoga will enable them to connect with their deeper layers and understand more fully what they are feeling. By developing a better understanding of their emotions, teens can then more appropriately process them.

Emotional intelligence is a very powerful thing to learn at an early age.

In addition to connecting you with your emotions, yoga encourages self-love and self-acceptance. This benefit is especially powerful for teens struggling with body image. It’s a beautiful way to learn to love yourself and appreciate the body for what it is and what it can do, rather than what it looks like. It builds compassion for the self which then radiates to compassion for others.

With the stress and anxiety of exams, placement tests, speeches and all of the other pressures that plague high school kids today, yoga can be a step in the right direction.

Yoga breeds connection. As mentioned previously, it means union in Sanskrit. By understanding that each and every single person is one, perhaps teens will learn to accept one another more fully, no matter their clique, social interests or popularity ranking.

Yoga is non-judgemental, and the more we practice, the more acceptance and less judgement we’ll have in our daily lives. Yoga will help teenagers become more compassionate for one another.

So while this list is in no way comprehensive, it's a bit of fuel to get your teen's yoga fire burning!

How have you brought yoga into your teen's life? Share with us below!