10 Famous People Who Gave Themselves Another Chance 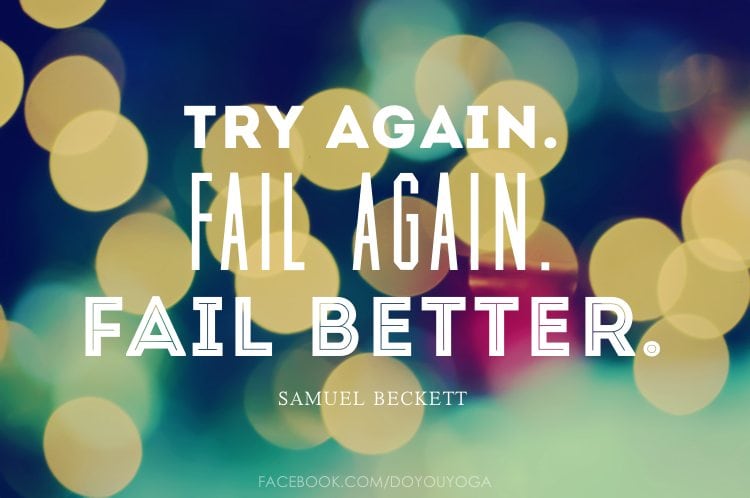 When we learn to walk each and every one of us stumbles and falls. It is our family and friends that encourage us to “begin again” and keep trying. From early on we are engaged in this human lesson to “Never, never, never give up” as Winston Churchill said.

As we get older self-doubt, insecurity, even ambivalence sink in and sometimes we lose the lesson. We make new year’s resolutions but as soon as it fails us we stop trying. On our birthday’s, (our personal

new year’s,) we set our minds to changing something and when it’s not easy or gets uncomfortable we give up. And yet personal growth requires we move beyond the comfort zone in order to keep evolving.

Yoga and meditation teach us over and over again to keep trying and “begin again”. Keep in mind, on the mat the Yogis that make the poses look the easiest, can be guaranteed to have fallen the most. What you see on Instagram as the best video or perfect yoga pose is one of countless many.

The world’s greatest minds, inventors, scientists, leaders, visionaries and innovators all had to learn to apply the lesson of “begin again” this was part of the Alchemical experience and made their contribution to society even more powerful. From the Yoga Sutras we understand this to mean Tapas which can be translated as persevearance, the ability to stick with something.

Accomplishment is never without failure. Denis Waitley reminds of this when he writes, “Failure should be our teacher, not our undertaker. Failure is delay, not defeat. It is a temporary detour, not a dead end. Failure is something we can avoid only by saying nothing, and doing nothing.”

Today let these 10 stories of persistent determination inspire you to not abandon your efforts and instead keep trying in spite of the detours. And even when you meet a dead end, then it’s a perfect time to “begin again.” Love yourself, love your day, love your life! Silvia

10 Inspirational Famous People who Gave Themselves Another Chance: