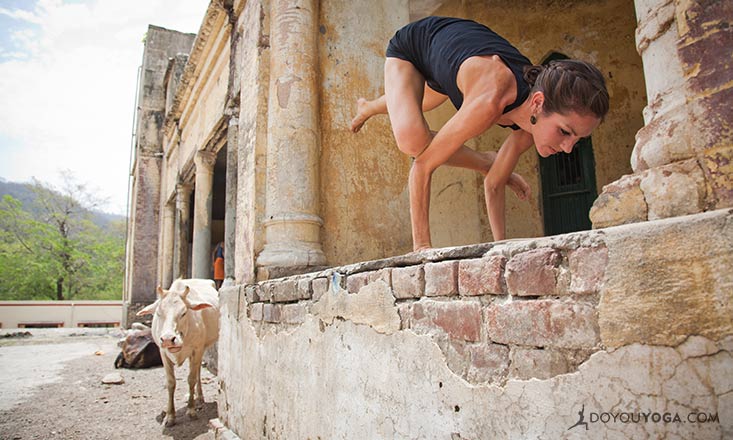 Traveling to Mysore, India, from outside the country to learn yoga previously involved a lot of bureaucracy, including a visit to the Foreigners’ Registration Office (FRO) at the city police headquarters, according to Indian daily The Hindu.

Now, aspiring yogis can obtain a brand-new “yoga visa” and cut down on some of that hassle.

A Visa with Fewer Restrictions

India’s Union government recently began issuing the visas, which come with fewer restrictions, says The Hindu. Previously, yoga students traveling to Mysore had to obtain a student visa, which came with “a lot" of conditions such as visiting the FRO; however, those with a yoga visa can skip that step.

According to The Hindu, FRO officials say the yoga visa is technically a student visa, but it has an endorsement that says the visa holder is visiting the country for a short period of time specifically to learn yoga.

More Tourism for the Yoga Capital of India

The city is popular with foreigners who want to learn Ashtanga Vinyasa yoga. According to the Times, Mysore is the country’s “yoga capital,” offering students more than 150 authorized yoga training centers. The University of Mysore reportedly receives over 1,000 foreign students a year who want to learn more about yoga.

It remains to be seen if this new yoga visa will bring an even larger influx of foreigners into Mysore; however, for those already planning to study in the yoga capital, it will certainly eliminate a lot of red tape.

What do you think? Would an easier visa process make you more open to traveling to India to learn yoga, or would you go regardless of how much paperwork had to be done?