Yoga’s in Vogue with Voga 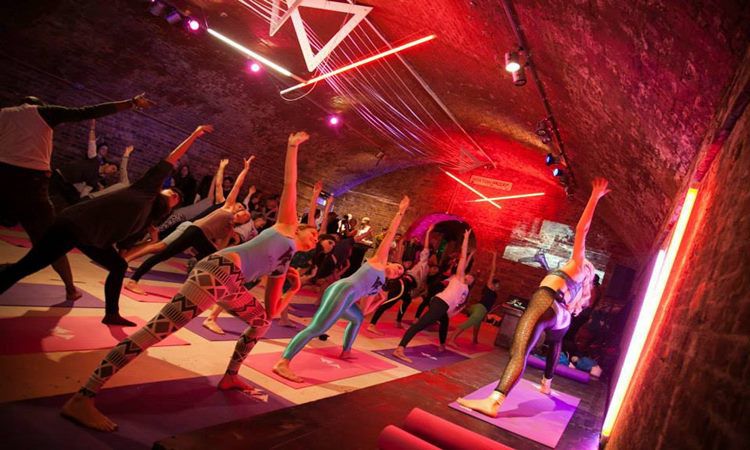 The ‘80s called…they want you to voga with them.

Voga is a cross between yoga and voguing, the dance that you may be familiar with thanks to Madonna. Although voguing originated on the drag scene in New York as a way to give its “most marginalized participants a sense of empowerment and confidence through striking dramatic and expressive poses,” according to House of Voga —voga brings the peppy dance beats and neon spandex of the 1980s to modern-day yogis.

Juliet Merrell, the founder of voga, wanted to make yoga into more of a cardiac workout, so when she became qualified as a yoga instructor in 2011, she decided to draw inspiration from those sweet ‘80s beats and create something that combined the strength-building poses of yoga with the energy of a dance class.

“Voga is for people who like the idea of yoga but also want a cardiac workout without losing focus…a fusing of the two disciplines adds an extra energy and purposefulness to both,” says the House of Voga site.

There’s certainly a lot of energy; voga is much more active than traditional yoga, and may hardly be recognizable as such to hardcore traditionalists. 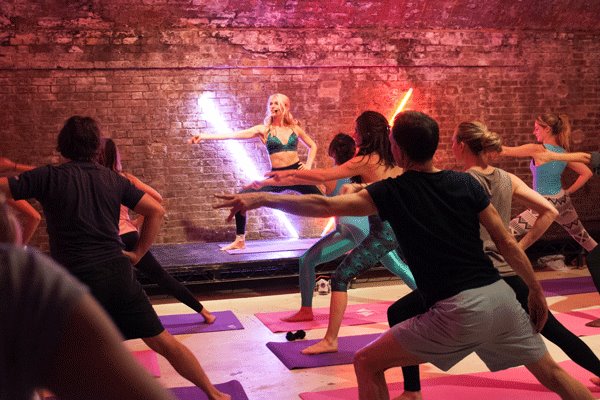 Frances Perraudin of The Guardian, who took a voga class in March says, “Fans of more traditional types of yoga might object to the lack of deep stretch poses and after such a hard workout, a good stretch would have been helpful.”

However, voga clearly doesn’t take itself too seriously; it’s described as more of a “fusion,” and is meant to be highly stylized. Voga is currently only offered in London, but The Guardian reports that Murrell plans to expand, starting with South Africa.

So don’t throw out those neon spandex tights—you never know when you might need them!