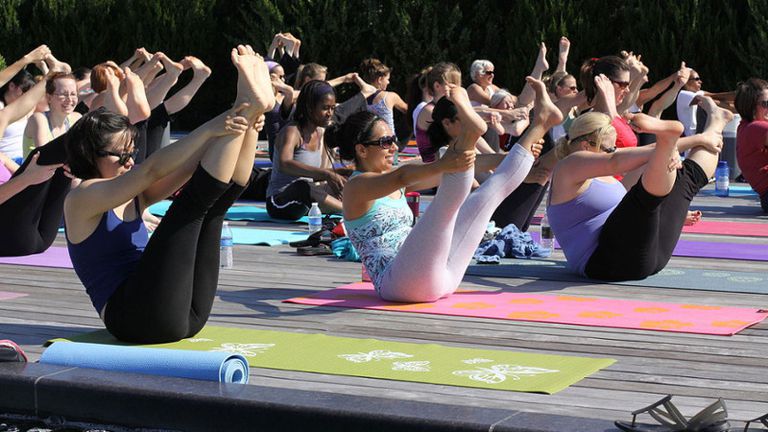 Will yogis in Washington, D.C., soon be bending over backward to pay for their classes? The District of Columbia Council recently approved what is being called the “yoga tax”—a sales tax on yoga studios, gyms, and other fitness-oriented businesses.

During the vote on the district’s budget for 2015, the council decided on an income tax cut, which will be offset by D.C.’s already existing 5.75 percent sales tax being spread around a little more. This means that things like gym memberships would be subject to the sales tax.

Although the council voted 12-1 in approval of the final budget, D.C. Mayor Vincent Gray must still sign the budget for it to take effect. Gray, who opposes the yoga tax, wrote in a letter to Council Chairman Phil Mendelson, “Whatever modest amount of additional revenue we take in the short term, we will end up paying far more in the long run if we tax fitness,” according to the Washingtonian.

Council members, however, argue that this new tax will have little effect on the lives of D.C. residents, and Ed Lazere of the DC Fiscal Policy Institute tells CBS News that broadly implemented taxes are necessary in order to keep the sales tax rate low and still generate revenue. He also points out that 22 states already have a sales tax on health clubs.

There have already been several protests over the new tax, including fitness protests outside D.C.’s Wilson Building, home of the offices of the mayor and council.

What do you think? Is it unfair to tax peoples’ workouts, or will the money saved on income tax cuts make this “yoga tax” work out in the end?