The Trouble With Gurus 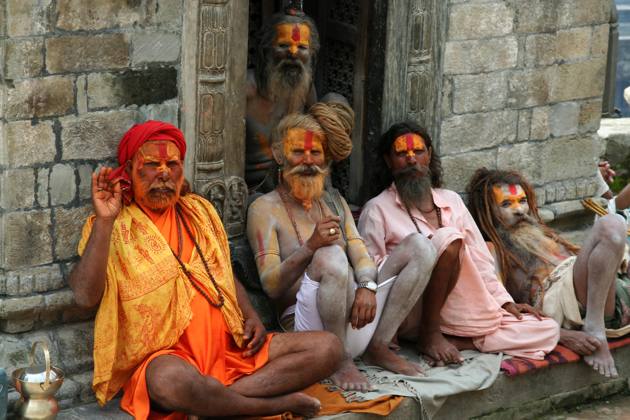 We're all familiar with sex scandals–politicians and religious leaders seem to be busted for inappropriate liaisons on a regular basis. These stories evoke a range of responses, from disappointment to betrayal to hardened cynicism. But what happens when the scandal-maker is your favorite yoga teacher? What's a yogi to do when the most trusted teachers are revealed as hypocrites?

Last year, the world of Anusara yoga was blown apart by the scandal surrounding founder and CEO John Friend. Last week, news readers learned that Bikram yoga founder Bikram Choudhury is being sued for sexual harassment and sex-based discrimination. Yoga scandals–sexual and otherwise–are not a new thing. A simple Google search will bombard you with commentary on John Friend; a more nuanced one will enlighten you about scandals that date back decades, way before American yoga became the big business it is today.

In fact, these scandals are so prevalent that they're finding their way into pop culture. In Eat, Pray, Love Elizabeth Gilbert detailed her life-changing experiences with an unnamed guru at an unspecified ashram. Since then, it's been reported that guru was Gurumayi Chidvilasananda, who is no stranger to scandal (go ahead and Google if you want all the details). This month, Mallory Avidon's play O Guru Guru Guru, or why I don't want to go to yoga class with you debuted at the Humana Festival of New American Plays. Avidon grew up at the Shree Muktanada Ashram, Gurumayi's outpost in the Catskills of New York, and the play depicts her struggles to reconcile the beauty and peace of her time there with the ugly allegations against Gurumayi. It's worth noting that the omnipresence of Eat, Pray, Love is what emboldened her to write the play–her experience was no longer a niche concern, and audiences could now relate to the subject matter.

If yoga scandals are now playing out at major theatre festivals, what does that mean for yoga students? When we find teachers we trust and commit to learning from them, are we necessarily setting ourselves up for disappointment? If your teacher can't practice what they preach, do they deserve to lose everything?

I think, in most cases, probably not. John Friend's ego led him to make a lot of dumb decisions, over and over. He's probably not a person who should have unlimited power in an organization of any size, no matter what kind of soul-searching he claims to have done post-scandal. But his story proves one important point that is true of all teachers–he's human. There is no human on earth who lives up to their ideals at all times. The trick is finding the ones who know when they've made mistakes, attempt to do better, and accept feedback and help from those around them.

Yoga teachers are human beings and they are susceptible to the arrogance and corruption that come with power. For that reason, yoga schools that grow up around one guru are the most fragile. With a pack of followers who are afraid to say no, the guru can lose sight of what's right or important. You've heard the phrase "absolute power corrupts absolutely." That's why we often end up disappointed in our leaders.

In the documentary Enlighten Up! Kate Churchill takes her subject, Nick Rosen, to Hawaii to study yoga with Norman Allen, one of the first yogis to bring the Ashtanga practice to the United States. That's a pretty significant badge of honor, but Allen isn't using his past to build a brand or to get rich. His classes are free. The movie doesn't mention how he supports himself (and I am on record for fair pay for yoga teachers), but his teaching practice is the embodiment of humility. That's the kind of teacher we should be seeking out.

A Little Bit of Skepticism Goes A Long Way

A few summers again California, I took class with a new teacher. In a room full of fifty-plus students, he gave clear instructions for each pose, stated pregnancy modifications throughout the class, and found time to give hands-on adjustments to every student as he walked the room. He was by far the best teacher I'd ever experienced, but I'd never heard of him until that day. After class, two fellow students invited me for a cup of tea. One woman had gone on the teacher's yearly retreat, and her friend wanted to hear all about it. In fact, she almost squealed with glee when her friend said she'd seen the teacher in a new light while traveling. "Yes!" she cried. "Humanize Mark!"

I think that's good advice for anyone who's convinced that their yoga teacher has it all figured out. Keep in mind that your teacher is human. They have a lot to offer, but they also have flaws and weaknesses. Any insistence to the contrary is a red flag. Seek out teachers who work in a more democratic setting, and who aren't afraid to own their flaws. You'll be less likely to end up disappointed by a teacher who forgot their own values.