The Sound “Om” Has a Shape, and It Looks a Lot Like Our Universe (VIDEO) 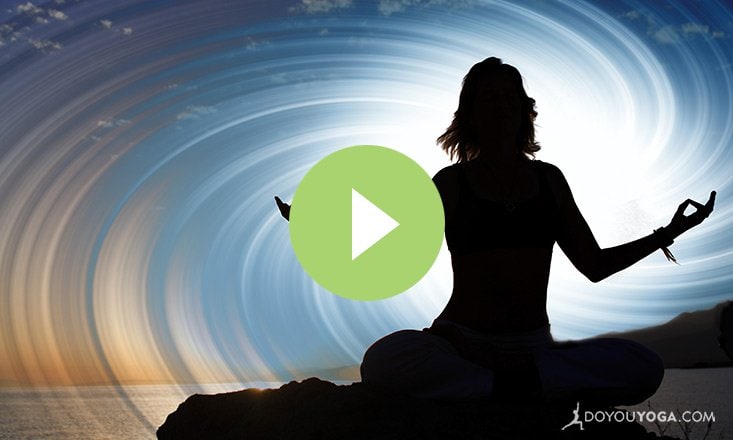 What if you could see sound instead of just hearing it? It may sound like something your hippie friend might ask, but sound really does have physical shape, and with the right tools, you can actually see what sounds look like. To understand how, you need to know a little bit about how sound works.

A sound is basically a vibration that creates a wave of pressure that travels through air, water, or solids. You don’t have to be able to hear to experience sound, as you likely know if you’ve ever felt your house shake from a nearby car blaring bass-heavy beats.

We hear sounds thanks to the interaction between the structures in our ears that detect the vibrations and the parts of our brain that interpret those vibrations into recognizable sounds. But these vibrations can do more than just tickle our eardrums.

Sound We Can See

The study of visible sound is called Cymatics, and it reveals some fascinating truths about our universe that go unseen by the naked eye. Sounds actually have a distinct geometry, much like crystals and flowers and nautilus shells.

When picked up by a special apparatus, such as the sand-covered plate called a tonoscope shown in the video below, these vibrations reveal incredible geometric shapes that are as unique and beautiful as a flurry of snowflakes.

The Shape of Om

If that’s not mind-boggling enough, consider this: when viewed on a tonoscope, the sacred sound “Om” takes the same shape as one of the most basic geometric forms in our universe, the ellipse.

Ellipses organize our universe on a macro-level, and the fact that the sound “Om” shares this shape may not come as a surprise to the millions of people around the world who hold this sound sacred. The ancient Hindus believed that “Om” was the first vibration of divine consciousness during creation.

In fact, “Om” is said to be the manifestation and name of the God who created the universe. Before “Om”, there was only an empty void. The vibration of “Om” filled that space, much the same way that the elliptical orbits of planets fill our solar system.

The awe-inspiring nature of geometric sound doesn’t stop there. As you’ll see in the video below, different chants form other, more complex shapes that look distinctly like Mandalas.

As you may already know, Mandalas are an important shape for many spiritual practitioners around the world. In fact, these beautiful symmetrical shapes represent the entirety of the Universe in Hindu and Buddhist traditions.

Is there a deeper spiritual link between these sacred sounds and the shapes they make that correspond with our understanding of the universe? You’ll have to decide for yourself once you watch video above.