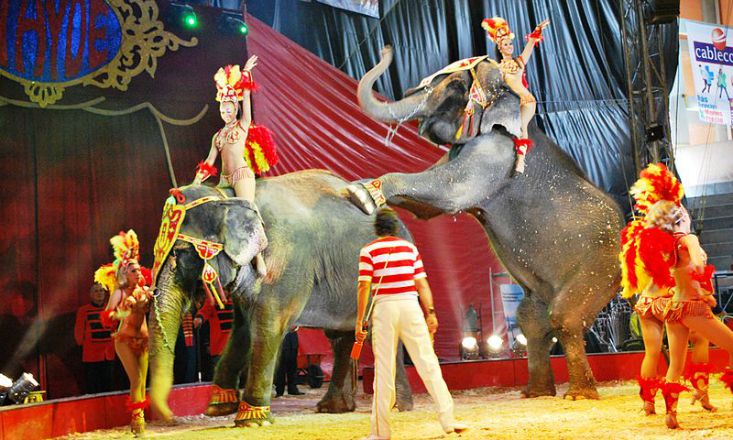 Circuses have captured the imagination as places of magic and fun. However for those of us who are animal lovers, it can be hard to see wild animals like elephant and lions being used for entertainment purposes.

So good news, animal lovers (or those that just love a good dose of ahimsa)! The Netherlands has now banned wild animals from circuses.

The new law, which was originally passed in December 2014, but just came into effect last week, prevents wild animals (lions, tigers, and bears, oh my!) from performing in circuses, after a nine-year initiative by the Dutch organization for animal welfare, Wilde Dieren de Tent Uit. The group will now be helping to look for new homes for the animals.

Nine other European countries, including Austria, Greece, and Belgium, and other nations such as Bolivia and India, already have this ban in place as well.

The ban has come into effect, as circuses definitely do not provide the proper care needed for wild animals. With all the traveling, the small cages, and sometimes violent training, they are not the right place for wild animals.

Secretary Sharon Dijksma from the Ministry of Economic Affairs in the Hague said of the ban, “The health of animals is more important than their use for parties or clinging to outdated traditions.” We couldn’t agree more!

This is some great news from the Netherlands, and we hope that the giraffes, sea lions, elephants, tigers, lions, zebras, and monkeys that are officially banned from performing will find new, loving homes soon.

What an awesome victory for ahimsa!