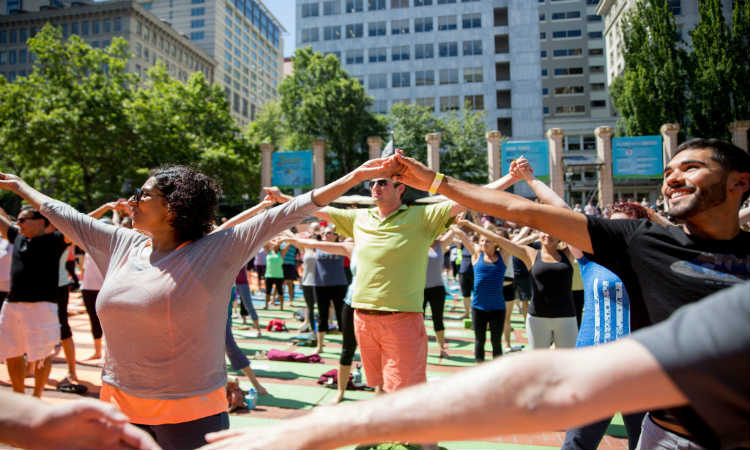 The previous world record, held by the CK School of Practical Knowledge in Cuddalore, India, was set in January 2013, when 696 yoga students performed five poses as part of the school’s yearly festival.

When I envisioned a yoga chain, I imagined people doing awkward yoga with their arms linked, but as it turns out, a yoga chain isn’t a chain in the normal sense of the word; it doesn’t require people to be linked or even touch in any way. A yoga chain is, according to OregonLive, a “large group of people performing the same yoga moves in unison,” which is probably a lot more fun than trying to complete an asana while touching a stranger’s arm or leg. 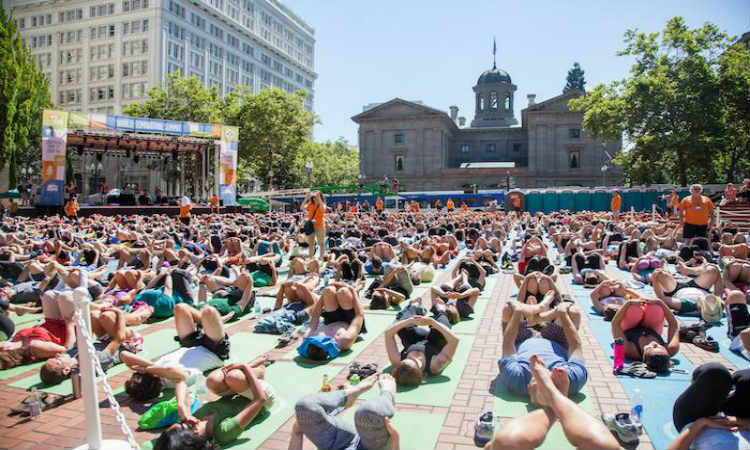 Portland’s record-busting session was organized by World Domination Summit, a yearly festival-type deal that includes speakers, workshops, meetups, dancing, mini-festivals, and more. This year, since WDS was expecting thousands of people, the organizers decided to hold The Great Namaste to break the yoga chain record.

Instructors were on hand to demonstrate poses, since the event was open to anyone of any age and any level of yoga experience. Participants were charged a fee, which covered one free yoga mat and the costs of The Great Namaste. Organizers told OregonLive that any leftover money will go to a nonprofit group.

Last year, WDS broke the record for the world’s longest floating chain; you can watch the video here. We can’t wait to see what record they tackle next year!