The Beatles, Yukteswar Giri And Yoga 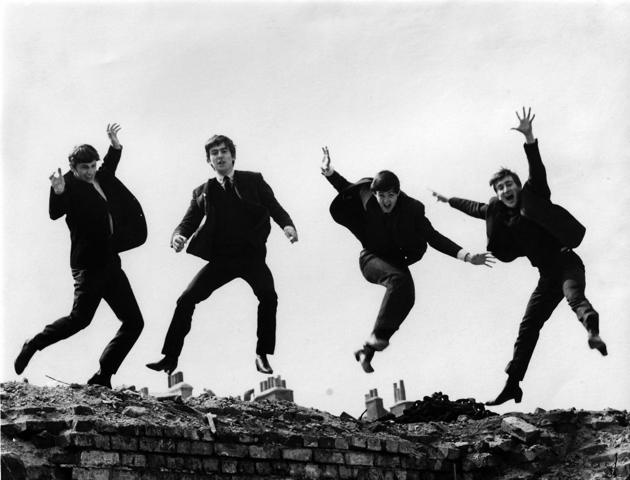 Forty-six years ago this past Saturday, The Beatles released Sergeant Pepper's Lonely Hearts Club Band. The album cover for this release was very crowded and most people were focused on the four members of the band that were at the central focal point. The cover was designed by English pop artist Peter Blake and depicts a collage of the band's favorite celebrities. Few people probably took notice of the first man on the cover – Yukteswar Giri.

Why am I highlighting this? Not because he may be related to me. Surely it's not because of that.

He's actually probably not related to me. Yukteswar Giri was a part of the Swami order of Giri (which translates to mountain). And there were many blood lines of such Swamis. Swamis are Hindu monks. This order became quite well known because of Yukteswar Giri's disciple, Paramahansa Yogananda, who is known for authoring the book "The Autobiography of a Yogi" and for founding the Self-Realization Fellowship, with one of their more famous locations near the intersection of Sunset Boulevard and the Pacific Coast Highway in Los Angeles. Yogananda was one of the first teachers of yoga to spend a bulk of his life in the US. He lectured throughout the country speaking to sell-out crowds, including at Carnegie Hall in New York. The Los Angeles Times reported of one of his lectures: “The Philharmonic Auditorium presents the extraordinary spectacle of thousands….being turned away an hour before the advertised opening of a lecture with the 3000-seat hall filled to its utmost capacity.” It is said that he initiated 100,000 men and women into the practice of Kriya Yoga. He even visited US President Calvin Coolidge at the White House in 1927.

Yukteswar Giri’s contribution to religious thinking at the time was well beyond his years; he was a bit of an anachronism. In 1894 he published a work entitled The Holy Science. In the revolutionary introduction he wrote the following profound words:

I Am Your Guru, Not Your God

He also had no grand delusions about what the role of a Guru was and he was adamant that the title of Guru did not instill in him and powers that made him holy or God-like, which was, and remains until today, popular belief. Here is his writing on the matter:

"Look, there is no point in blindly believing that after I touch you, you will be saved, or that a chariot from heaven will be waiting for you. Because of the guru's attainment, the sanctifying touch becomes a helper in the blossoming of Knowledge, and being respectful towards having acquired this blessing, you must yourself become a sage, and proceed on the path to elevate your Soul by applying the techniques of sadhana given by the guru."

Sadhana means any discipline that is undertaken for the attainment of a goal. This can include the practice of yoga as a means of realizing the true Self.