The Beatles’ Yoga Retreat to be Opened to the Public 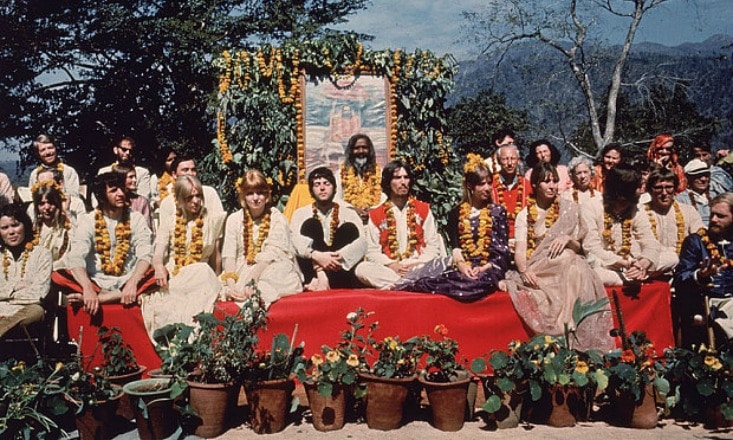 The Beatles' White Album is one of the most iconic albums of all time, and the trip that helped create that album is one of the most famous in rock music history. In order to try and resolve conflicts within the band and write their next album, the Beatles traveled to a remote Indian ashram where they learned transcendental meditation.

Now, after having been in disrepair since 1981, the Beatles' yoga ashram is being opened to the public.

The ashram, once led by guru Maharishi Mahesh Yogi, lies in the Uttarakhand state's Rajaji Tiger Reserve, just across the Ganges from Rishikesh. The retreat center fell into disrepair after the Maharishi's departure in 1981, and was taken over by the forestry department in 2003.

Officials have reopened the doors of the retreat center, and begun cleaning up the site.

Forest minister Dinesh Aggarwal told the Times of India that, "We want musicians from all over the world to come here to learn meditation. Chaurasi Kutia Ashram will be known the world over for its spiritualism. There is no parallel to it."

While the Beatles were at the Chaurasi Kutia Ashram, they reportedly wrote around forty different songs, many of which ended up on their iconic album The Beatles, also known as the White Album.

However, this retreat wasn't so peaceful.

The band members left the retreat early one by one, the first of whom being drummer Ringo Starr, who lasted only ten days. He apparently couldn't stomach the food, despite packing a whole suitcase of Heinz baked beans.

Paul McCartney left after a month, and George Harrison and John Lennon both left after six weeks. Reportedly, they were suspicious about the Maharishi's desire for money and publicity.

Once the ashram is open again, Mr. Aggarwal plans to invite McCartney and Starr, the only two surviving members of the Beatles, to the ashram again. He would like to invite everyone who has a connection to the band or the Maharishi, and calls the Beatles' time in India "a beautiful and important occasion."

Would you travel to the Beatles' yoga retreat center in India? Share with us below!