Study: One Side Plank a Day May Reduce Spinal Curve 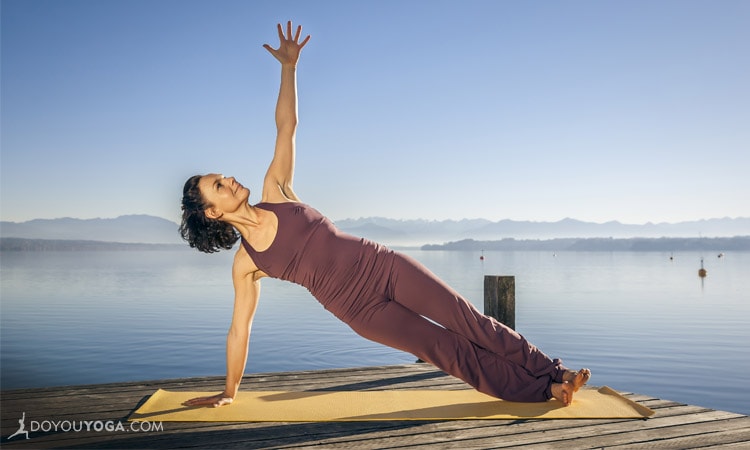 Holding a single yoga pose for 1 to 2 minutes each day sounds like a simple activity, but it may treat scoliosis at least as well as conventional treatments like back braces, according to a recent study published in Global Advances in Health and Medicine.

According to WebMD’s Medscape Medical News, people with scoliosis who held a pose for one to two minutes a day for several days a week experienced significant reductions in the curvature of their spines.

In the study, Dr. Loren M. Fishman of the College of Physicians and Surgeons at New York’s Columbia University studied the side plank in conjunction with scoliosis. Participants in the study (25 in total) were taught the pose, then held it for 10-20 seconds a day for a week.

Following this, according to WebMD, they then held the pose for as long as they could on the weaker side of their spine. This averaged out to about one and a half minutes per day.

The results were astounding: on average, the patients saw a 32 percent reduction in their primary spinal curve.

Broken down into subgroups, the results were even more promising. Children ages 10-18 who did the pose at least four times a week showed a 49.2 percent improvement in spinal curvature. Adults with degenerative scoliosis—a common condition in people over age 65, according to Spine Health — showed an average improvement of 38.4 percent.

This could mean a major change in the way scoliosis is treated, especially among adolescents with the condition, who are often faced with wearing a corrective back brace for 23 hours a day. Patients with severe spinal curvature may undergo surgery, which involves bone grafts and spinal fusion and does not fully correct the condition.