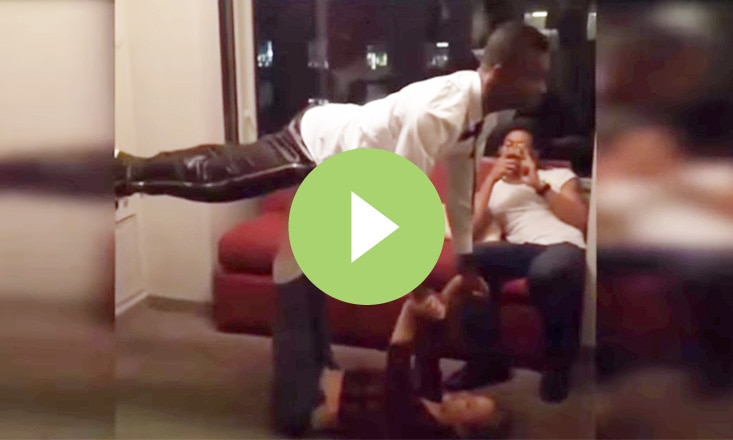 Ivorian soccer player Salomon Kalou recently showed off some yoga skills on his Instagram. In the video, he is seen being held aloft by his yoga teacher, who served as his AcroYoga base. Kalou and his brother Bonaventure were in New York before leaving for the Africa Nations Cup, which starts later this month.

Kalou, who played for Chelsea from 2006 to 2012, and who later signed on with the Bundesliga’s Hertha Berlin in August 2014, has reportedly been training with New York-based yoga instructor and health coach Caley Alyssa to stay in shape during his winter break.

“It tests parts of your body that you just don’t use in football,” Giggs has said back in 2008 in an interview, when asked about his yoga practice.

“The first time I did it, about five years ago, I was completely knackered. I went home from the training ground and slept for three hours in the afternoon. I actually dreaded yoga for the first year because it made muscles I didn’t know I had ache.”

The 29-year-old Kalou scored 30 goals in 67 league appearances during his time playing for Lille, which he joined in 2012, says the Daily Mail. With a reputation for an impressive early career, perhaps his yoga practice will keep him fit and at the top of his game.