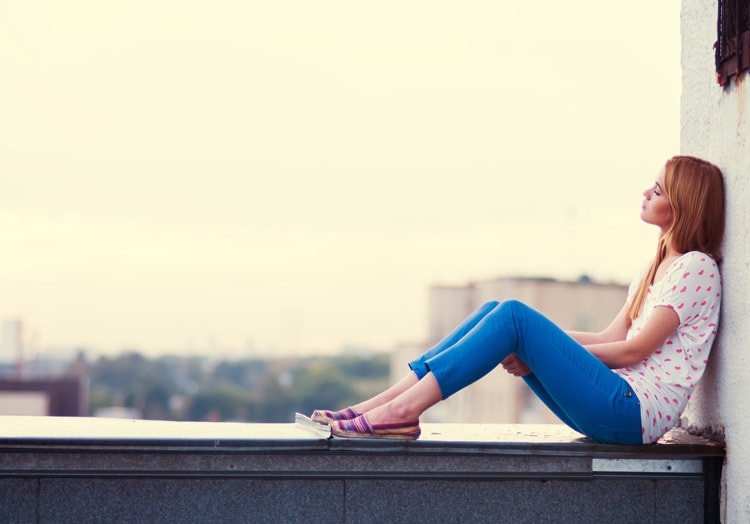 If there is one primary skill that I have learned from practicing yoga, it is how to pay attention to my body. Where is it aching? Is it tired? Have I grown stronger? Am I feeling weaker today?

But if there’s one challenge that I struggle with the most, it’s saying “no.” For as long as I can remember, I have been the type of person that would rather take on tasks that left me drowning in work and responsibilities than say “no,” and let somebody down.

During my junior year of college, my stress-levels had hit the maximum (or so I thought then), when I served as an editor looking for ways to fund our magazine. University funds were scarce, and the economy was making it more and more difficult to get funding through advertisements. After weeks of little sleep, and snapping at those around me, the managing editor of our magazine pulled me aside and simply said, “Stop. If you have more on your plate than you can handle, tell somebody. Don’t suffer in silence.”

Perfectionism And Suffering In Silence

Suffering in silence is something perfectionists are pros at, right? If something has to be just right, or done at this time on the dot, we’re going to do whatever it takes to get it done – in my case, even if it meant getting little to no sleep, and having vending machine dinners.

For so long, my mantra has been “It will get done. It always does.” My first year of law school, I broke down multiple times under the stress of reading assignments that took until the wee hours of the morning, being called for recitations about said readings, and exams worth 100 percent of our final grade. But come exam time, my two steadfast supports and I would always huddle together and say, “It will get done. It always does.”

I took that mantra into the doctoral program that I’m currently enrolled in. As opportunities for papers, conference presentations, and outside jobs began to come in, I quickly felt overwhelmed. You don’t turn down opportunities, right? If it’s going to help me further my career, it’s worth it, isn’t it?

Get Out and Let It Out Before You Drown

So as I began to take on new tasks, I slowly felt that familiar feeling of drowning push its way back into my life. When I walked into my house one afternoon, I dropped my bags and burst out crying from the sheer number of tasks that needed to be accomplished in the next 24 hours.

An exam in the morning, a report due in the afternoon, a project and presentation due in the evening, and a hand-full of outside tasks that I had volunteered to do because it sounded like a good idea at the time. I was okay, but I felt like I just needed to cry for a second.

Crying is an amazing thing. It’s an action, it’s an emotion, it’s a cleanse. But just as people cleanse their bodies to remove toxins and things that are destructive to their health, we must consider what exactly crying is “cleansing” us of.

At my Grandmother’s funeral earlier this year, it was loss. When I fairy “flew” off the bannister as a little girl and gashed my leg on the side of my dad’s old-fashioned wooden speaker, it was pain. This time, it was exhaustion. I was exhausted and crying somehow helped cleanse me of that exhaustion.

Later that week, I got an email telling me I got nominated for a position on the graduate student council in my department. I stared at the email for a moment, and instead of having a feeling of excitement rush over me, I just felt tired. I had never said no to a new opportunity before. I didn’t want to let anyone down. But the more I thought about it, the more I realized that saying “no,” would be the best choice not only for myself, but for those that would be counting on me.

Learning When To Stop

When our bodies are telling us that they’ve been pushed too far physically or emotionally, pushing even further has detrimental effects on our own lives, and on the work that we produce. The truth is, if I accepted a position that I wasn’t prepared to take on, I wouldn’t have been able to give it the time and passion that it deserves. And that’s not fair. Not to mention the fact that I wouldn’t be able to give myself a little extra time to rest every now and then.

So often, we underestimate our need to just be for a moment. I know, I do. We’re always going and doing something. Sometimes we need to just STOP.

Whether it’s on the mat, or in your every day life, take a moment to listen to your body. It speaks softer than those around us, but if we don’t listen, we could be hurting ourselves more than we know. If you need to stop, then stop. And if you need to say “no,” then say it, especially if your body is saying it first. It’s okay.