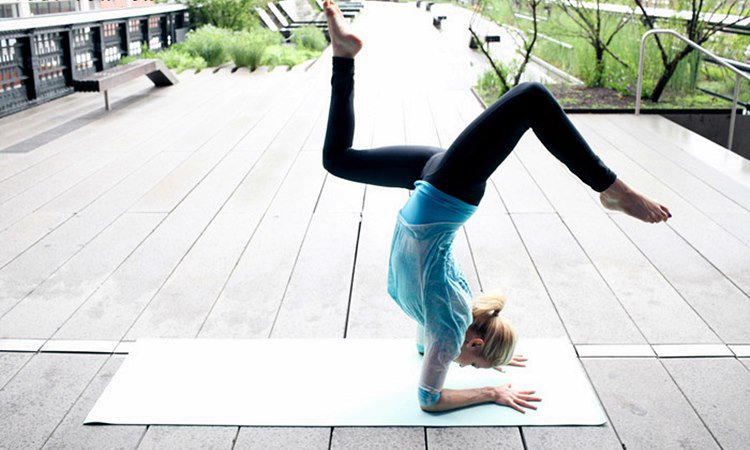 Going commando just got a whole lot easier! Whether you’re worried about panty lines or just sick of wearing underwear to yoga class, the Dear Kate lingerie brand has got you covered (or should I say uncovered?) with its new line of yoga pants that give you the “freedom to go commando.”

Although some might argue that it’s already easy enough to go commando by simply not wearing underwear under your yoga pants, others might feel a little too exposed without a protective layer of undergarments. That was what motivated Dear Kate’s Julie Sygiel to create the new line of pants, which have a built-in liner made from Underlux, a breathable, patent-pending fabric that, according to the company, is leak-resistant, wicking, stain-releasing, and shows no visible panty lines. 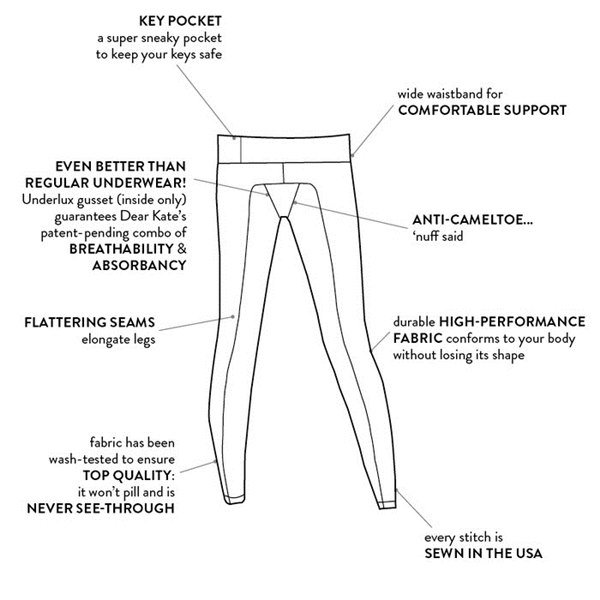 The fabric is thicker than your average legging, which is essential when going panty-less; Sygiel reportedly loved the freedom of no underwear, but felt uncomfortable wearing nothing but thin leggings, she tells The Frisky, so she set out to create a pair of yoga pants that would allow women total freedom from things like chafing and period leakage.

Apparently it was a good idea, because the company’s KickStarter campaign reached a total of $158,933 in funding after asking for only $15,000.

The pants come in four styles—full length, calf length, seven-inch shorts, and three-inch shorts—and several different accent colors. They’re available for pre-order now, and will begin shipping in October. In terms of cost, they’re definitely on the pricy side at $118 for calf-length pants and $128 for the full-length version, but if they do all that Dear Kate claims, it might be a small price to pay for those who desire to do yoga as nature intended: with no underwear bunching up in your buttcrack.