Maya Angelou: A Beautiful Example of How One Person Can Make a Difference 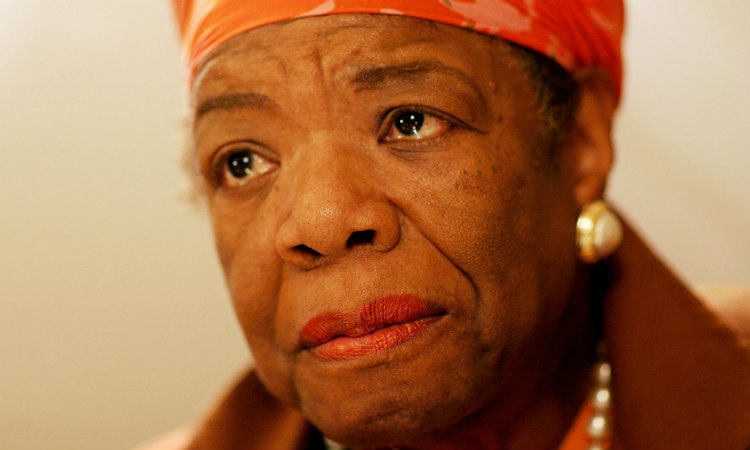 At some point in our lives, we all look up at the stars and feel unbearably small. In these moments, it seems impossible that any one person can make a difference in this vast world. Surely Maya Angelou looked up at the Arkansas sky of her childhood and felt this way, too. She couldn’t have known then that she would grow up to prove that one person, no matter how humble her beginnings, can make a difference.

Maya Angelou was born in 1928 and grew up under the hardships of racism, poverty, and abuse. Most of her childhood was spent in Arkansas, where she lived with her grandmother during the brutal Jim Crow era.

When she was eight, she went to live with her mother in St. Louis, where she was raped by her mother’s boyfriend. After speaking out against her rapist, her uncles beat the perpetrator to death—an event that overwhelmed eight-year-old Maya Angelou with guilt and caused her to go silent for nearly five years.

It wasn’t until years after Angelou began speaking again that she truly found her voice.

Her Literature and Legacy of Inspiration

She became a mother, a performer, a world traveler, and a civil rights leader, she published her first autobiography, I Know Why the Caged Bird Sings, in 1968. The rest of her illustrious life, which sadly came to an end on May 28, 2014, is history. Her accomplishments are innumerable, but they include over 50 honorary degrees and countless literary awards.

More important than her awards, however, is the legacy of inspiration she left behind. Once a mute, she used her voice to shine a light on the struggles of racism, violence, and despair. Her writing gave courage to those who thought they had none.

This woman, whose struggles could have easily kept her chained to adversity all her life, found the sacred light within herself and nurtured it to become a true wellspring of positive energy. Hers was a strength that could not be destroyed by hardship, and her example continues to bring hope and strength to anyone who knows her life or her work.

Next time you feel small and insignificant, remember Maya Angelou. Remember some of her last public words, written on Twitter just days before she died, and trust in her example that you, too, can make a difference.

“Listen to yourself,” she said, “and in that quietude you might hear the voice of God.”