Is Yoga Losing Its Real Value in Translation? 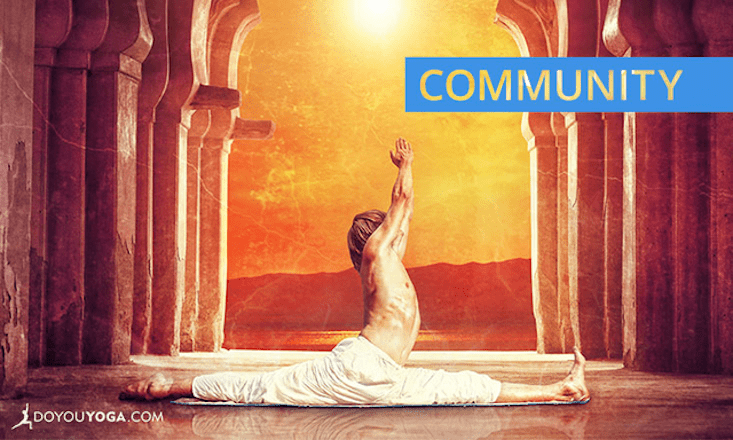 Long gone are the days of yogis performing miracles, of their inexplicable control of the body and mind, and of the significance of the yogic discipline in human life. Now we hear tales of trance dance yoga, chocolate yoga, and yoga retreats claiming to take you on the path of enlightenment.

Where in all this has the true meaning and essence of the discipline disappeared? How should genuine, dedicated aspirants differentiate between yoga for popular consumption and yoga for enlightenment? How should one seek their true guru amidst the hundreds of teachers claiming complete transformation?

We don’t propose to answer these questions here. We propose to understand and comprehend the current scenario of yoga. Why has this transformative discipline been manipulated to an unrecognizable state?

The age-old texts of the scriptures and the teachings of knowledgeable yogis have been blurred by popular opinion and New Age wisdom.

Primarily, it is imperative to know that yoga is not restricted to body control. It is not, in fact, only about your flexibility or the control of your limbs. It is not about losing weight. It is not about being popular amongst the "intellectual" circles.

Yoga is an inner transformation in sync with your body, your emotional state, and your mental health as well as your spiritual growth. It is an amalgamation of eight limbs and not only pranayama and asana.

Most of us agree that yoga takes one on a reformative path, but we easily forget that the yogic discipline and way of life is not easy. Yogis spent years and even centuries perfecting pranayama, attaining control of their thoughts, and understanding their body and their mind to reach higher realms of the unknown.

As some have pointed out, yoga seems to have lost its soul. This is apparent in how the masses run to malls to buy the latest "yoga wear," to the people who presume drugs that can help "lighten" the atmosphere, to the hoard of institutes in every corner of the world who boast of having the best yoga teachers and best practices.

Many are embroiled in the debate between traditional, authentic yoga and what it is now. One may argue that everything needs to change with time. As modernization takes over and an autopilot mode of living sets in, people look for options that offer respite and options which offer a few moments of peace amidst the hustle and bustle.

If yoga is modified to fit a modern world and cater to false needs, it lacks the respite it's supposed to offer. ~Manmohan Singh

But the conflict remains. It fails to remain a discipline which frees one of worldly desires. Yoga loses its core essence of providing a natural way of life.

Most of us want to know the meaning of our existence and the purpose of our being, yet we aren’t willing to let go of compulsions and habits. We are willing to "modify" yoga into many twisted forms, but not to follow the discipline in its purity or the way it is meant to be practiced.

Centuries earlier, yogis raised questions that have only started troubling us today. As modernization, growing needs, and corporate humdrum start to nudge us, we slowly look for alternatives that offer another perspective.

The study and practice of yoga requires honest dedication, discipline, a strong desire to learn, and an ability to understand its effect on life. A teacher imparts knowledge to a student only when the student asks for knowledge with an open mind and heart.

One can’t manipulate a study according to the convenience of the masses. You can’t take yoga to a trance party and call it therapeutic.

Traditional yoga practitioners and teachers are in despair not only at the gross misinterpretation of their subject but also at the nonchalance of most people's stance to the issue. It is considered to be just another discipline and tradition from the East gone wrong.

This is certainly not to say that there remain no true followers and no gurus. There exist a huge number of yoga teachers, students, and practitioners who understand and value the discipline for what it is.

There are also schools all around the world, especially in India (Rishikesh, Kerala, Dharamsala) which teach the discipline in its true form with strict adherence to yogic rules and methodology.

These people understand the time, energy, intent, and desire that is needed to imbibe a yogic way of life in the current modern scenario. Everything is not lost in translation and not lost to the "new way of doing things." There still exists a handful of people who value the core of the discipline of yoga simply as it is.