How Yoga Is Healing Colombia, One Ex-Militant at a Time 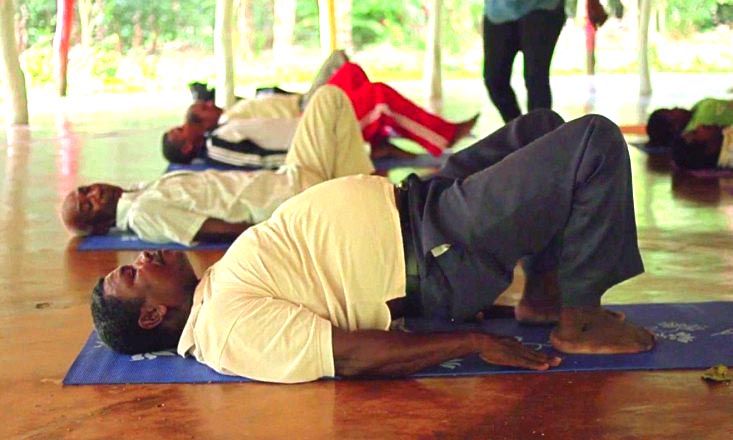 How do you heal the wounds of a war that’s torn a country apart for half a century? There’s no easy answer, but one Colombian organization called Dunna: Alternativas Creativas Para la Paz (Creative Alternatives for Peace) has a powerful idea of where to start.

Colombia has a long and bloody history of civil war. Since 1948, the nation has been mired in violence between Leftist political factions like the Revolutionary Armed Forces of Colombia (FARC) and Right-Wing militias like Autodefensas Unidas de Colombia (AUC).

These factions splintered into crime syndicates, drug cartels, and paramilitary “death squads” known for massacring villages and bringing even more violence and chaos. Today, most of these militias have been pushed into the jungles bordering Peru and Panama, but the trauma from this era of violence remains. 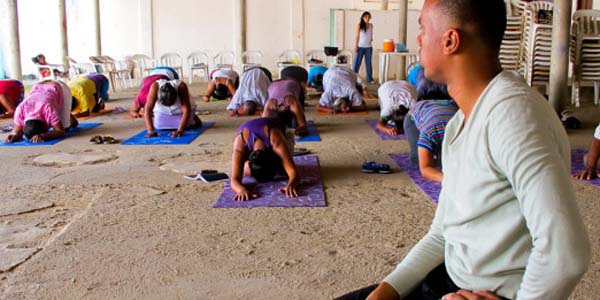 That’s why in 2010, Dunna began teaching the basics of yoga to Colombia’s most traumatized groups: the rural poor who suffered under paramilitary regimes, and the former fighters who were ordered to murder. 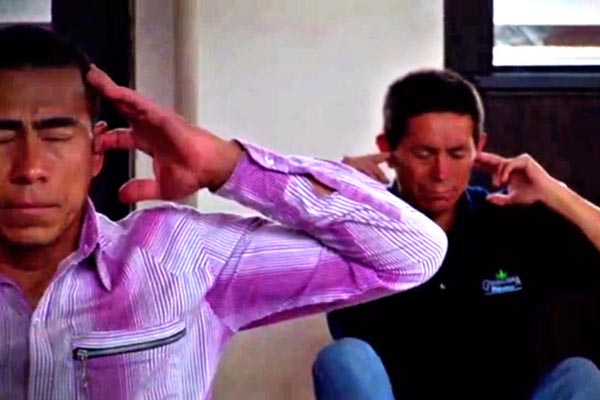 Inspired by the comprehensive approach of Satyananda Yoga, Dunna believes that in order to heal the nation, they have to heal its people—one individual at a time.

Johnny Sosa Rodríguez witnessed his brother’s murder at the hands of guerillas nine years ago. Since then, he’s struggled with uncontrollable anger that led to his wife leaving and taking their children.

When he first began the yoga program with Dunna, he thought he’d be learning “some form of combat from the Far East.” Even though it wasn’t quite what he expected, yoga helped Sosa get his anger under control.

“It helped me get my family back,” he said. “Yoga has made me a likable human being, a productive being.” 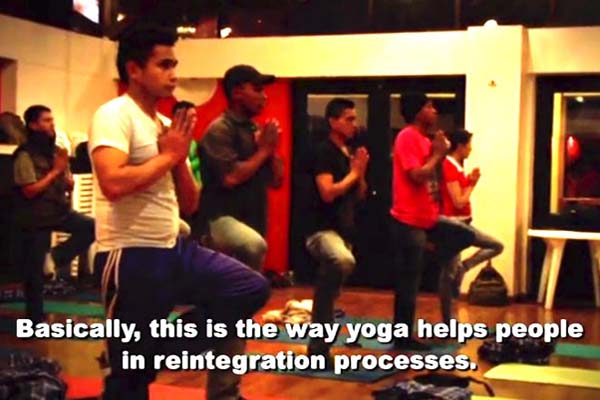 A decade ago, a FARC fighter and an AUC militant practicing Downward Dog together would have been the punch line of a bitter joke—but with Dunna’s reintegration program for former militants, that is exactly what they have achieved.

Edifrando Valderrama Holguin and Samuel Urueña Lievano are just two of the many success stories Dunna can claim.

Valderrama was only 12 when he was recruited into FARC; Urueña was raped and forced into AUC by a relative when he was 15. These two men were on opposite sides of the war—if they had met in the jungle years ago, they would have been forced to kill each other.

Now, Valderrama hopes to teach yoga to Colombian ex-militants like him, while Urueña practices yoga every day while attending law school in Bogotá. Urueña said, “[!yoga!] has helped me identify who I am. It has given me myself back.” 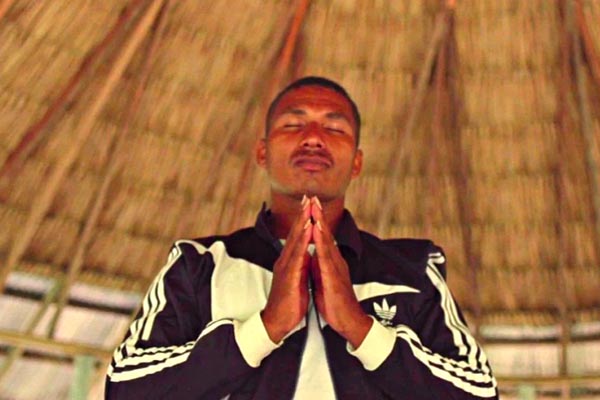 Yoga may not be a magic pill that can erase Colombia’s pain and suffering after decades of violence.

But with every new yogi who finds peace through the practice—and every ex-fighter who inspires others to seek a path of peace through yoga—this beautiful and resilient country will come one step closer to long-term healing.