How To Pronounce These Common Sanskrit Words 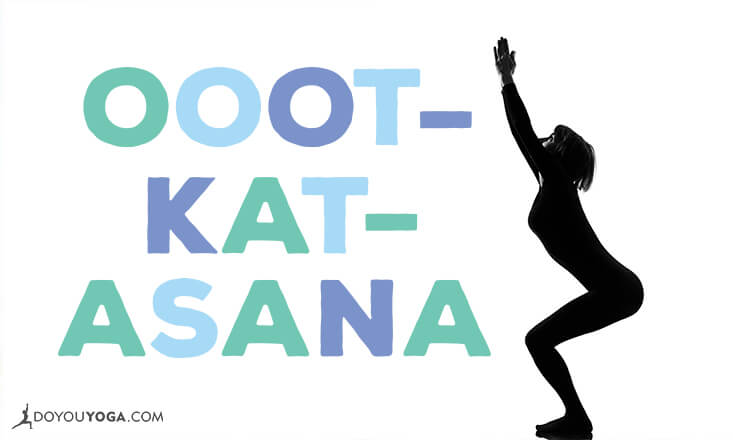 My yoga teacher training was in Costa Rica but instead of cleverly learning the basics of Spanish like any smart traveler would have, we made flash cards to study up on Sanskrit. Typical yogi…

Fat lot of good that did when ordering dinner, or finding a cab to the training center! Yes, we got lost in the cuts of farmland Costa Rica and showed up late the first day…BUT — it did prepare us for a month of intense Sanskrit use!

And we pride ourselves on our ability to break down the unused language neatly! Here are a few of the fruits we picked up from the Sanskrit tree.

Beyond those basic rules, Sanskrit is mostly a phonetic language, meaning you say what you see — not very helpful while you are practicing, but for keeping up with your DYY articles, general yoga conversation and for reading all those yoga books you bought last week, it is quite handy to know to pronounce the letters as you see them.

Here are some examples of common Sanskrit words and terms that you often hear in yoga that can be challenging to pronounce or differentiate:

The tricky part here is usually the first word, which means “side” PAR-S-VA. Plopping the “S” and the “VA” sound together can be tricky for tongues not used to speaking Sanskrit, but it just takes repetition I assure you.

"Bakasana" is a little simpler. It means "Crow Pose" and is said as if it holds a "CK" in it: BACK-ASANA.

This is one of the 8 limbs of yoga, and is all about finding your own enlightenment. Perhaps it is hard to say “Samadhi” because it is hard to achieve it?! Either way repeating this term over and over can become a concentrative mantra all of its own!

The last 3 letters are melted softly together because of the “H. ”and the middle sounds like a Bostonian addressing their mother; “MA.” Try pronouncing “MA” as “arrrhh look at that cute sleeping kitten” with an M on the front…. SAM-ARRRRHHH-DEE.

“Sitting criss-cross-apple-sauce” is a mouthful to say, but so is the Sanskrit name. In this Sanskrit name, you can use the “H” to soften the sound that surrounds it as if using an “R” after it: “CAR”. Say it with me: “SUE-CAR-SANA”

Not one you want to get wrong in the middle of an intense practice by coming into Chair pose when you could be relaxing into a yummy forward fold!

Listening for the “K” sound is obviously key in differentiating the two. Not so obvious is when pronouncing “UT” in Sanskrit, it is said “ooot” instead of “utt” (it’s boot instead of butt). OOOT-TAN-ASANA and OOOT-KAT-ASANA.

Pair those 2 rules of thumb with the double T sound mentioned earlier, in Uttanasana (forward fold), which makes this one word sound like 2 words…OOOT—TANASANA.

Okay that should be enough to keep you busy getting started on the basics! Keep practicing, yogis!