How To Practice Yoga When You’re Injured 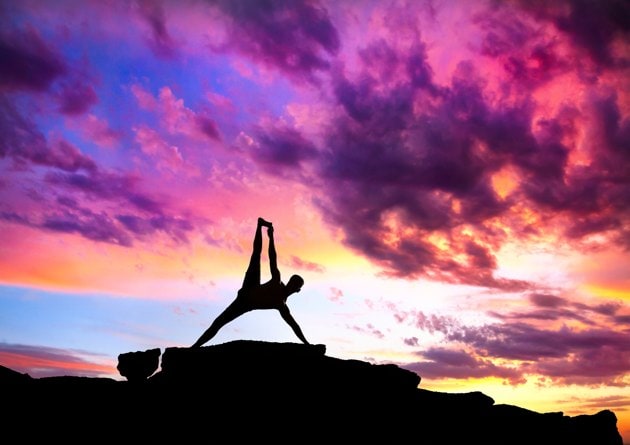 Most of us who grew up in the U.S. have some memory of sports practices or P.E. class. Whether you were an athlete or not, at some point you were probably encouraged to push through pain. No pain, no gain! This message permeates our culture and labels those who don't want to risk injury as weak. Now that I'm a yoga teacher, I'm sometimes stunned to hear what comes out of the teacher's mouth when I drop in on the occasional spinning class: "That which doesn't pain you doesn't change you!" It's not even that I disagree the the phrase itself; it's just that a steady yoga practice means less suffering, and as a result I'm unable to equate enthusiastic suffering with doing something good for yourself.

Practice With Steadiness And Ease

Yoga Sutra 2.46 is a quick, simple phrase that's easy to keep in mind when you're practicing yoga: "sthira sukham asanam." In English, that's "Yoga asana should be a steady, comfortable posture." Instead of forcing yourself to a place of discomfort, you go to the place where you can stay with ease. If you take the pose to the point that you're wobbling and falling over, it's time to take a step back. it's the same with injury. If you're injured and trying to ignore the pain you feel, you're taking yourself away from a place of healing.

In yoga, we build internal fire, or tapas, and that's what changes us. We don't build the fire by going past our limits. We build the fire by finding our edge and staying there. The steady, comfortable action is what creates change, and it's what feeds the self-knowledge and self-respect that are essential to yoga. There's a reason why teachers ask about injuries or limitations at the beginning of each class–it's important to be aware of your edges and respect them. When students insist on doing contraindicated poses, or force themselves so far into a pose that they're grimacing, they're undermining their own practice by buying into the "no pain, no gain" mentality. In our society, it takes a lot of will and practice to ignore the voice that tells you to push yourself into your pain. Instead, take yourself to a place of peace and growth by practicing with steadiness and ease.