How to Look Like a Pro Athlete Without Exercising (PHOTOS) 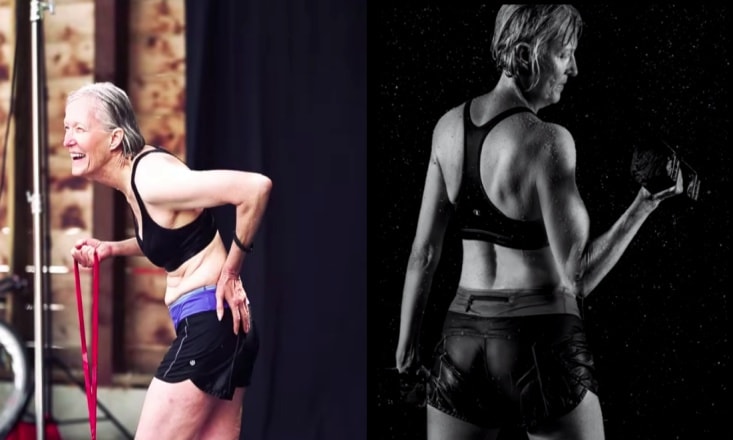 Photographer Benjamin Von Wong has a new fitness solution for you: a camera.

While shooting some black and white employee portraits for stock photo company SmugMug recently, Von Wong used nothing but a camera, lighting equipment, and a rain machine to make each employee look like a totally intense, ultra-ripped athlete—no Photoshop tricks needed, according to BuzzFeed.

So how can you achieve this same photo trickery? Check out the images below for some athletic inspiration! 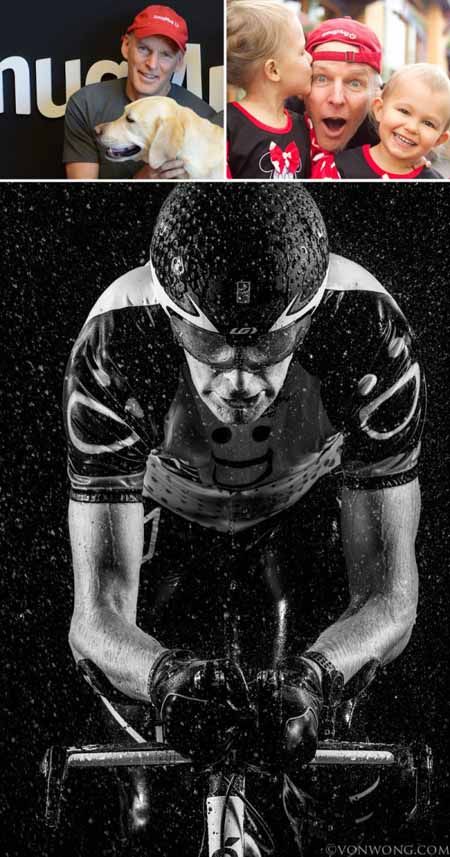 This man is a 61-year-old grandfather of 12, according to BuzzFeed, but he looks like he’s about to pedal to victory in the Tour de France. All it takes is a tight jersey, water dripping down the biceps, and a pair of opaque biking goggles to lend an aura of mystery and sweat.

2. Pull on a rope while screaming. 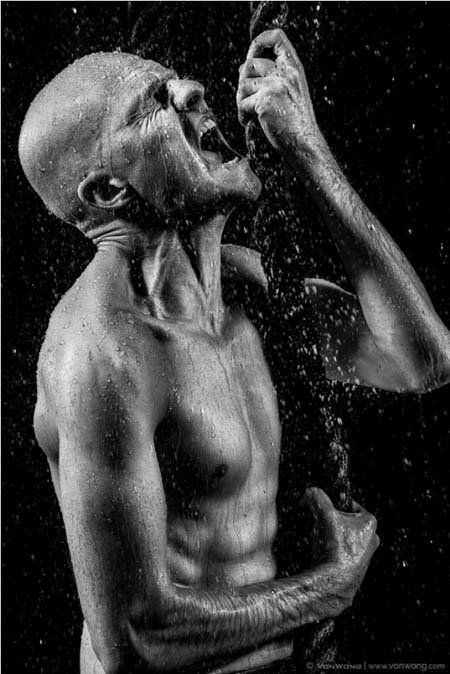 It’s all in the expression; anyone pulling on something while screaming looks like they’re expending a ton of effort, and the stark lighting of the photograph highlights every single muscle. You may not think your ab muscles are that defined, but with the perfect lighting, they can be! 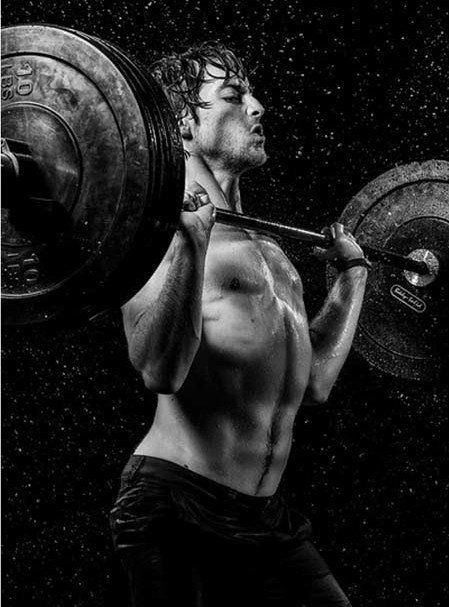 Action shots make people look strong and purposeful—especially if you throw a loaded barbell in there. 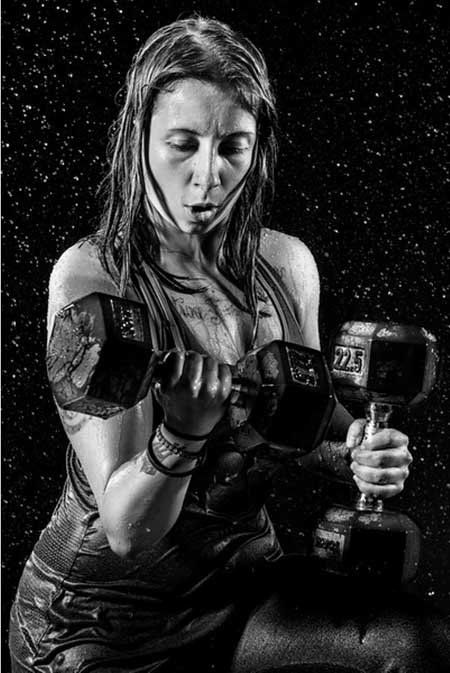 You don’t even have to actually show the biceps; as long as you’re lifting some kind of weight while clearly breathing hard and you have sweat or water dripping down your face, you’ll look like you have the arms of Hercules. 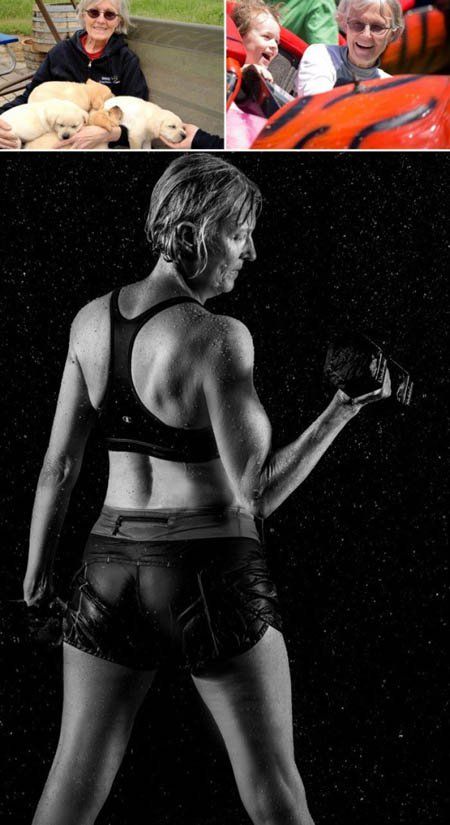 This 62-year-old grandmother was transformed into an instant athlete with two dumbbells and some workout gear.

The serious expression on her face and black-and-white format of the picture really make it intense; the woman in this photograph looks like she lives for working out and wouldn’t hesitate to arm-wrestle someone 40 years younger.

6. All you need is falling rain. 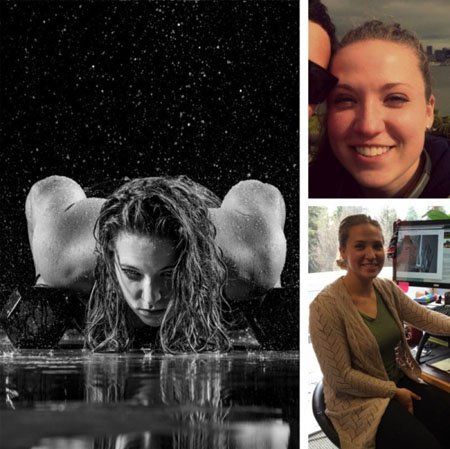 In this picture, the falling water droplets make this woman’s hair appear soaked with sweat; the puddles of water on the ground make it look like she will work out at all costs, in all weather, rain or snow or sleet. If you want to look hardcore, just make sure you’re absolutely dripping wet.

7. An expression that says you’re in pain doesn’t hurt, either. 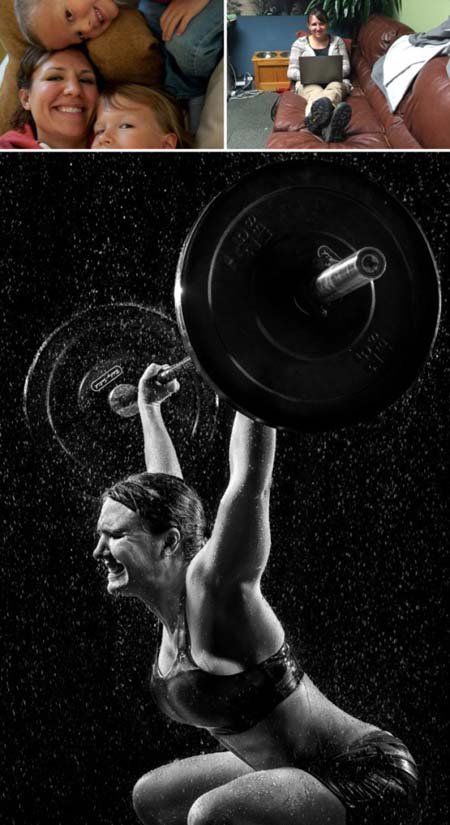 Since exercise = pain, all you really need to convey the illusion that you’re a total pro is to assume an expression that says “Everything hurts” or “This is the heaviest thing I have ever lifted” or “I might have to go to the bathroom right now.”

Even if the weights you’re lifting aren’t as heavy as they look, people will think they are.

8. Smash some baseballs (or just swing a bat). 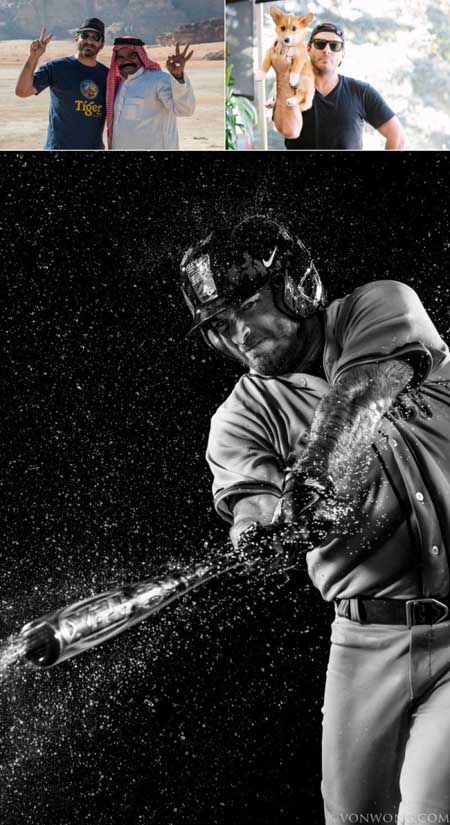 You don’t even need to show bare skin to look like an athlete; sometimes, all that’s required is something you can swing dramatically through falling raindrops.

In this photo, the spray created by the bat hitting the water makes it look like this guy has just smashed a baseball right at the pitcher’s face using his enormous, brawny arms. 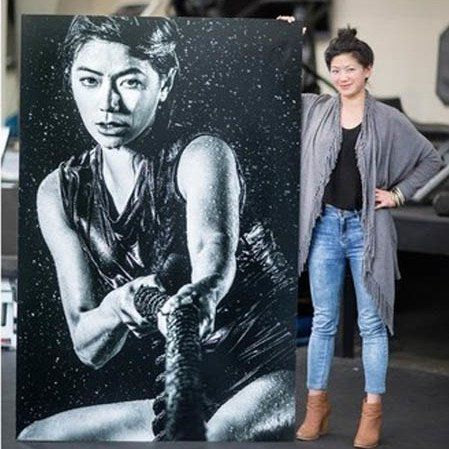 If you’re wearing a soaking wet t-shirt and pulling on a rope, no one will question your athleticism. As we’ve already seen, pulling on a thick rope from any angle will immediately make you look tough. People will think you do mud runs or race through obstacle courses for fun on the weekends. 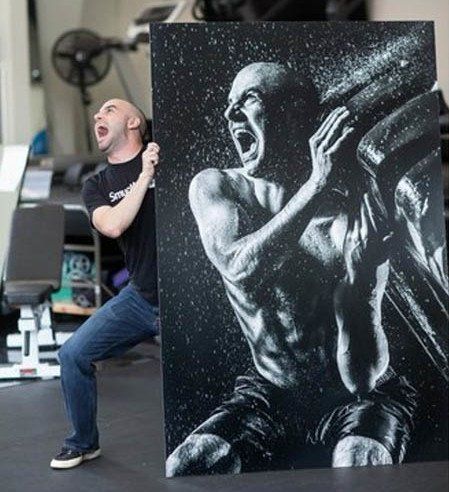 When in doubt, just throw something over your head while screaming. Everyone knows that true athletes aren’t embarrassed to make noises or throw things; in fact, it’s kind of a requirement.

Are you amazed yet? Watch how Benjamin Von Wong pulled it off right here.