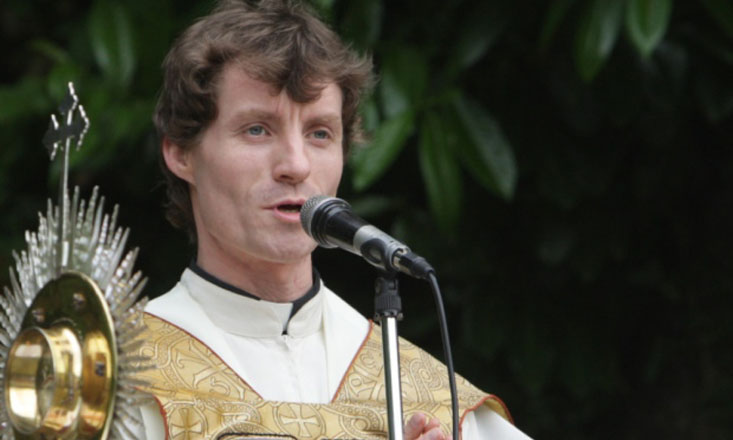 If you do yoga, you’re headed for the “Kingdom of Darkness” and will soon be drawn toward Satan and the fallen angels, according to a Catholic priest from Northern Ireland.

A Fear of Practices from Other Cultures

Father Roland Colhoun of Glendermott parish in Londonderry has said that people who practice yoga and receive Indian head massages are putting their spiritual health at risk, according to the Derry Journal, and many Hindus are not pleased about his statements.

“When you take up those practices from other cultures, which are outside our Christian domain, you don’t know what you are opening yourself up to,” Colhoun told the Journal. “The bad spirit can be communicated in a variety of ways.”

On Yoga and Hinduism

Unsurprisingly, this has angered many Hindus; according to the Belfast Telegraph, Rajan Zed, president of the Universal Society of Hinduism, has stated that he will be urging Pope Francis to “discipline” Father Colhoun, and he will also be contacting Donal McKeown, the Bishop of Derry.

Saying that yoga should be introduced “in all the schools of the world,” Zed went on to emphasize the positivity of yoga, describing its mental and physical benefits. Although yoga was “introduced and nourished by Hinduism,” says Zed, it is meant for everyone around the world to share and benefit from.

Father Colhoun is not the first member of the Catholic Church to condemn yoga; in 2011, the Vatican’s chief exorcist, Gabriele Amorth, told the Telegraph that doing yoga leads to a belief in Hinduism, and that “all eastern religions are based on false belief in reincarnation.”

“Practicing yoga is Satanic, it leads to evil just like reading Harry Potter,” he reportedly added.

It remains to be seen if Pope Francis will comment on this incident before it’s too late and we’re all dragged off to hell for doing yoga and reading Harry Potter.