Go Vegan in January With Veganuary 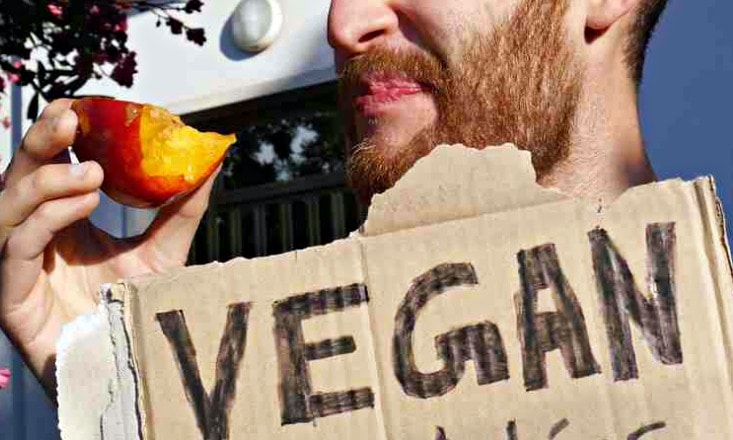 A new campaign is urging people to “take the pledge” of going vegan for the month of January. The aptly named Veganuary is a movement that supports people who want to try going vegan but need a good system of resources and encouragement.

Begun by U.K. husband and wife Matthew Glover and Jane Land in late 2013, Veganuary functions as a “go-to hub for all things vegan,” according to the New York Daily News.

Participants can sign up at Veganuary.com, where they’ll find helpful tools like product guides, vegan recipes, information on myths and misconceptions about veganism, and even a guide to eating out while sticking to the vegan lifestyle.

Why Vegan and Why January?

“For most, a love of animals is the catalyst,” says Veganuary’s website. “Some people want to feel better about themselves and the impact they make on the world. Others would like to set themselves a challenge, and many combine Veganuary with their ‘New Year’s Resolutions’ and see trying veganism as the healthiest start to the year. Whatever your reason, we’re here to support you.”

Listing the wellbeing of animals, the positive impact on the environment, and health as three of the main reasons to become vegan, the site offers recommendations for articles, books, and more that will allow prospective vegans to explore the facts behind veganism, as well as the best way to get the proper nutrition once they make the transition.

“With the aim of reducing the suffering of animals, Veganuary seeks to inspire people from across the globe to try vegan eating for the month of January. Be part of something that crosses borders and unites hearts. Our participants come from all over the world, so use this website to connect with like minds, and find support regardless of where you call home,” says the site.

So if you’re looking to make a lifestyle change this January, Veganuary might make it a little easier to take the plunge!

What do you think? Would you find it easier to go vegan with the support of an online community and an organized set of resources like Veganuary?