From Homeless to Handsome: An Army Veteran’s Incredible Makeover 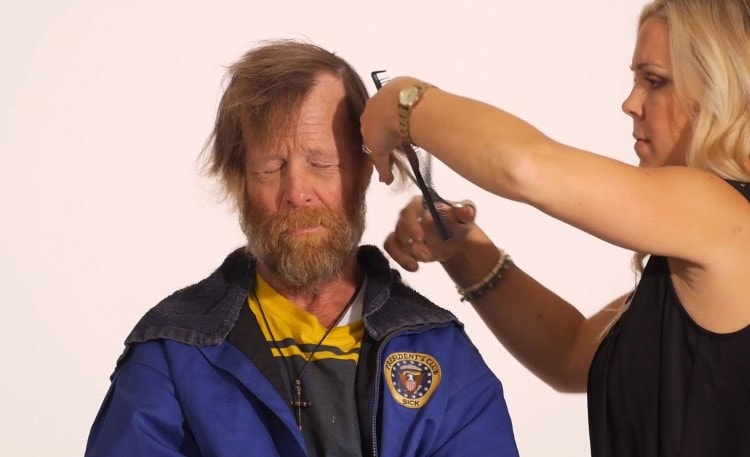 Veterans Day may have passed, but we're still not over this story of how a homeless veteran's life was transformed through a simple makeover! We published another story about a war veteran's transformation through yoga a while back, so don't miss that one.

Some of you may already be saying "Yeah okay great, they cleaned him up. Now what?" But that's exactly why we love this — because in this case, when we say makeover, we don't just mean the physical aspect that you'll see in the video above. Instead, changing the way he looks served as a jumping off point to literally changing this man's life.

Degage Ministries is a Michigan charity and one of their many projects is to help out homeless veterans whenever Veterans Day comes around. US Army veteran Jim Wolf had a hard time adjusting to daily life after retiring from the military; he became poor, homeless, and alcoholic.

In September, he volunteered to let Degage Ministries give him a simple makeover with just some new clothes, beard trim, and a haircut. In this video by Rob Bliss, he captures Jim Wolf's physical transformation and the huge difference that you'll immediately see not just on the outside but also from within.

Jim regained his confidence, and since the makeover, he has received housing and he's been going to AA (Alcoholics Anonymous) meetings as well. They always say that a little goes a long way, and with Jim Wolf it was this simple makeover that give him the push and perspective change he needed to get back up on his feet and change his life for the better.