How long can you go without checking your phone?

This is what diners at Abu Ghosh, a well-known restaurant in Jerusalem, forces its patrons to ask themselves if they want to get the half-price deal on their orders. Restaurateur Jawdat Ibrahim decided to offer this discount after noticing a lot of their customers – groups of friends and couples – just sit on their tables, immersed in their cellphones, while waiting for their food.

According to Ibrahim, smartphones have ruined the dining experience of conversation, companionship, and food appreciation.

Easy to understand, considering the large number of smartphone users nowadays who can’t seem to eat something without first taking a picture and posting it on Facebook, Instagram, etc. This isn’t the first time that a restaurant offered discounts on the premise of a “no cellphones” rule, but Abu Ghosh is the only restaurant that’s giving a whopping 50% off deal. 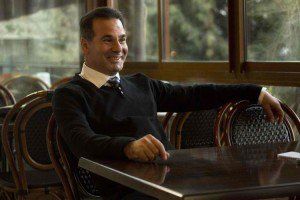 Eateries and restaurants around the world have begun offering discounts to encourage their patrons to socialize and interact. In Beirut, the Bedivere Eatery and Tavern gives customers a 10% discount when they hand over their phones. Of course not everyone chooses to go for this, but Samer Korban, restaurant co-owner, said that 40% of their patrons take them up on their challenge.

Ibrahim said his restaurant has gotten a lot of new customers, all taking advantage of the offer, with the exception of a TV crew member who said he can’t turn off his phone for work purposes. See you can’t just put your phone on silent or vibrate, you have to really turn it off.

Initially, the restaurant’s rule was you had to hand over your phone to the crew, but Ibrahim said this has proved too cumbersome so now they are just going by an honor-bound deal. He also admits that his restaurant is starting to take a financial hit from the discounts, but as he says,

“I’m changing something. It might be something small, but maybe in some small way I’ll be changing the culture of eating.”