Why Ben & Jerry’s Will Soon Have Dairy-Free Flavors 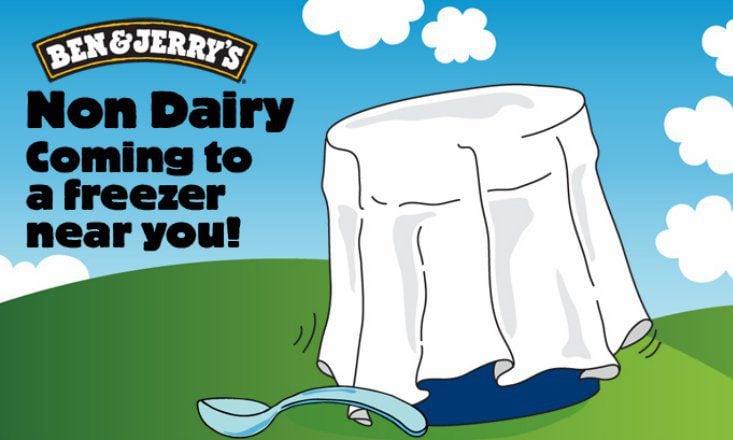 If you’ve ever wished you could cram your face full of Chunky Monkey or Cake Batter ice cream without ingesting dairy, your wish is about to come true!

Well, maybe. There’s no word yet on exactly what the flavors will be, but Ben & Jerry’s recently announced that the company plans to debut new non-dairy ice cream flavors in the U.S. starting next year.

This announcement was spurred by a Change.org petition asking Ben & Jerry’s and eight other companies to make a dairy-free ice cream in order to support action against climate change.

The people behind the petition write that Ben & Jerry’s sets the “ice cream agenda” as a leader in the industry and is in a great position to lead the way in making non-dairy ice cream more mainstream, pointing out that animal agriculture is currently the single largest contributor to global warming.

Ben & Jerry’s has demonstrated a major commitment to combat climate change in recent months. The ice cream behemoth supports carbon regulations and eliminating fossil fuels as an energy source, and in March, they posted an “Endangered Pints List” of Ben & Jerry’s flavors that may be lost to climate change creating inhospitable growing environments for certain crops.

The company apparently agreed with this sentiment, and recently told Metro that it would be using either coconut milk or almond milk as a base for its new ice cream.

Ben & Jerry’s co-founder Jerry Greenfield said he hoped it would mean a lot people who can’t eat dairy would now be able to enjoy this ice cream, adding, “I think that’s a big thing for Ben & Jerry’s to be doing that.”

According to a press release, the company has been working on its non-dairy line for quite a while, and wants to make sure that the flavors live up to the Ben & Jerry’s standards. The new ice cream will be available in the U.S. in spring 2016 and in the U.K. at a slightly later date.

ing a whole pint of Ben & Jerry’s in one sitting. What kind of flavors are you hoping to see?

Finally, vegans and those with lactose intolerance will be able to carry out the time-honored tradition of eat