Are the Yamas and Niyamas the Rules of Yoga? 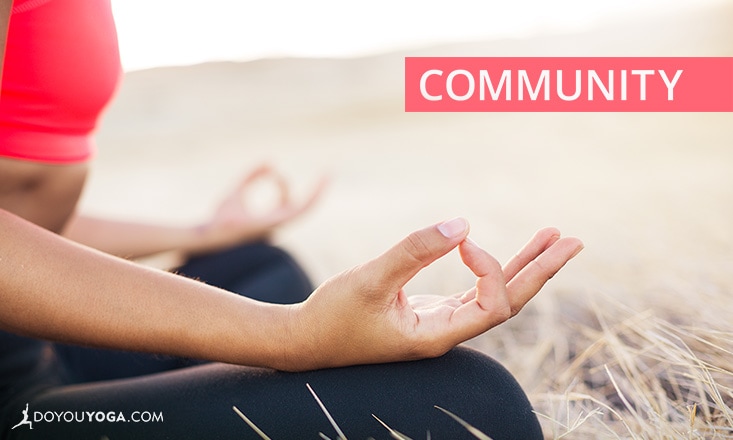 Many people know that the philosophical side of yoga usually follows the Eight Limbs, otherwise known as Ashtanga. Some think Ashtanga is meant in the way of the physical practice, but here I am speaking of the Eight Limbs of Yoga. The Eight Limbs are as follows: Yama, Niyama, Asana, Pranayama, Pratyahara, Dharana, Dhyana, and Samadhi.

In my 200 hour yoga teacher training, these were of the utmost importance. It was imperative that we were able to understand them, convey them, and apply them to everyday life, both on and off the yoga mat.

The Yamas and Niyamas

Within these Eight Limbs there are also additional instructions that are equally important and are even more detailed. They fall under Yamas and Niyamas. Some people will often equate them to the 10 Commandments, or the "rules of yoga." There are five Yamas and five Niyamas.

Yama, meaning the reflection of our true nature, encompasses the following: Ahimsa (compassion for all), Satya (truthfulness), Asteya (generosity/honesty), Brahmacharya (balance and moderation of the vital life force), and Aparigraha (awareness of abundance,fulfillment).

The Niyamas are what propels our evolution toward harmony. The Niyamas are as follows: Saucha (simplicity), Santosha (contentment), Tapas (igniting the purifying flame), Swadhaya (sacred study of the divine through scripture, nature, and meditation) and Iswara Pranidhana (wholehearted dedication to the divine).

The Yamas and Niyamas are the perfect representation of two pinnacles of dynamic energies.

The "Rules" of Yoga

As I stated previously, people will refer to the Yamas and Niyamas as the commandments of yoga. This is often done for the sake of simplicity. The over-simplification of these statements are tremendously misleading and are what cause people to believe that yoga is a lot of hocus-pocus, very rigid in it's beliefs, or that yoga is a religion.

Yoga is a spiritual practice, but it is up to the individual how spiritual they would like to make it. One can practice without including any spirituality at all. The Yamas and Niyamas are inspired offerings, and if after practicing yoga for a while one wants to follow these Yamas and Niyamas, it can be seen as an accomplishment in a yogi's eyes.

In the end, yoga doesn't technically have rules, as you are not bound to follow anything if you don't want to.

I would have to say that practicing yoga is one of the most freeing and exhilarating experiences you will feel throughout your lifetime. The best part is that you can repeat this feeling by staying on the path to ultimate bliss, Samadhi.

Keep your all your senses alert so you are ready to experience all that this life has to offer. Be ready to give back to everything, person, place, or animal on this planet so others who follow you can enjoy it's fruits just as you did.

Take your time to mindfully experience all life has to offer and never ever completely grow into an adult, always keep a piece of you as a child on the outside for the world to see. And don't forget to love everything and everyone. We are all a part of each other.

Know that there is no playbook, no rules, just love and yoga.