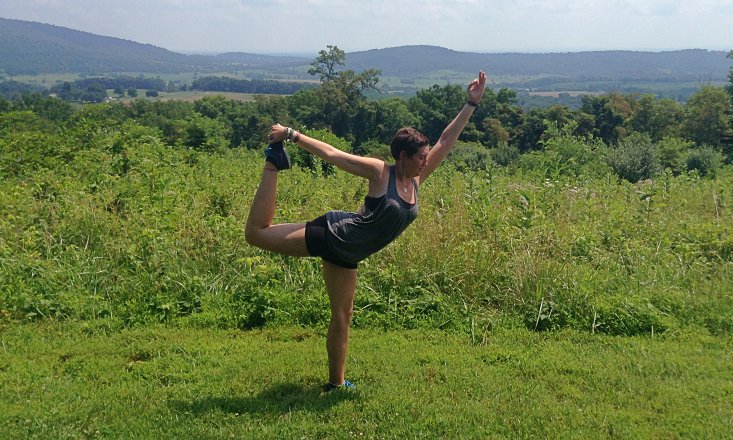 Everyone who’s tried yoga knows that it can be a pretty transformative practice. I’m no exception. I walked into my first yoga class not expecting much, and walked out knowing that I had found my home.

When you start practicing yoga, a lot of things change. You’re more likely to talk about the “energy” between two people, and spend more time in the organic aisle at your local supermarket.

But there are also things that you stop doing, and it’s usually for the better. Here are five things I’ve stopped doing since I started doing yoga.

This is a big one. I’ve always been thin, but I never felt I was “thin enough.” I wanted to look like the supermodels on the cover of the magazines I would see in stores, despite knowing that they were pretty much air-brushed into oblivion.

Since starting yoga, I’ve slowly but surely given up on dieting. Now I just want to be healthy. I’ll never have a thigh gap, and because my ribs stick out so much (more room for my lungs to expand so I can talk more!), I’ll never have a flat stomach. Yoga has helped me become comfortable in my own skin.

2. Comparing Myself to Others 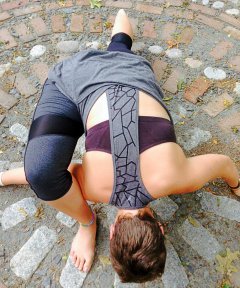 I did ballet for about ten years, and I’ll be the first person to tell you that Black Swan is one of the most accurate depictions of the dance world I’ve ever seen. It can be highly competitive, as you’re always trying to be the best. You’re always trying to get the best parts, and when you don’t, it makes you feel like you’ll never be good enough.

It took me a while to realize that no one else in class was comparing themselves to me. I didn’t have to have the nicest looking asana to be doing yoga.

Thank god that this has carried over into my everyday life. Now when I walk down the street I’m not constantly comparing myself to those around me. It’s probably one of the better things that’s come out of my practice.

3. Being Unsure of Myself

This goes hand in hand with comparing myself to others. Being truly confident is one of the newer things that’s happened, too.

Talk to other people in my life, and they’ll think I’m being a bit crazy when I say I haven’t always been confident. But for me, a lot of the time it was a facade. Sure, I’d march off and do what I wanted, all while standing proud and tall, but inside, I was never sure if what I was doing was right.

Yoga helped break down this facade and allowed my real confidence to shine through. This new confidence might look the same to those around me, but now it’s so much more authentic, and there’s definitely something to be said for that.

In college, I was an English major. The most common question I heard was, “What are you going to do with your life?” After a while, it started to wear on me. I would lose sleep over my job prospects, afraid that I would end up at some dead-end desk job because I didn’t major in something “real.”

Then came yoga. Walking out of my first class, I knew that I wanted to be a yoga teacher. I loved it so much after only an hour that I knew I had found my place, and that I would be my best self by bringing yoga to others. Less than six months later I was in the middle of teacher training.

Yoga is my home. Wherever my mat is, is where I should be. If I have my mat with me (and 99 percent of the time, I do), there’s no way I can be truly lost.

5. Not Going For That Extra Piece of Cake

Full disclosure, this one is a work in progress.

Before I started yoga, if I had too many brownies one day I would beat myself up and feel super bad about how I had “failed.” If I didn’t reach my step-goal on my pedometer, it would ruin my whole day.

Now I think, “Go for those brownies!” and, “There’s always tomorrow to meet your goal.” Yoga taught me balance. Some days I need that extra chocolate boost, or I need to spend the day in bed not doing much of anything. I don’t mean I’ve totally given up on being healthy and have become a lazy bum. But I’ve just learned to listen to what my body really needs.

So go for that extra piece of cake (with extra cake being a metaphor for life). It’s all about balance, dear yogis, whether in your eating habits or in your Tree Pose.

Yoga has taught me to be truly happy with myself and who I am. In fact, it’s probably taught me more about life off the mat than life on it. It helps me strive to be my best self every day, and to spread the goodness around. In the end, going to that first class was one of the best decisions I’ve ever made.

What are some of the things you’ve stopped doing since starting yoga? How has yoga improved your life? Share with us below!