14 Tweets About Yoga That We Can All Relate To 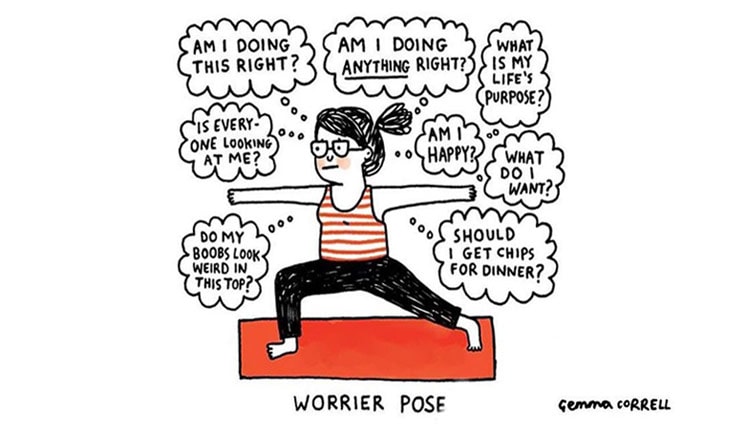 Don’t you just love it when you see a tweet so relatable that it makes you feel like you could’ve written it yourself? And I think if you can make someone smile or inspire them in 140 characters or less, you’re a true pro.

(Although this is coming from someone whose tweets usually say something like, “Is this thing on? How do I even Twitter?” However, my point still stands.)

Sometimes a tweet just feels a little too real. It hits a bit too close to home, especially when it comes to yoga.  Whether it’s inspirational or funny, here are 15 tweets about yoga we can all relate to.

1. Use Yoga to Be Your Better Self

When people say, “I’m ONLY human” it’s a cop-out. Humans are the 1 species who have ability to override instincts & act in a higher way.

2. Because Who Doesn’t Want a Yoga Wedding?

3. I’m Sure You’ve Heard This in Class

#MyPetIsMyPalBecause Julie sprawls next to me contentedly when I do #yoga each morning :). She’s great at cat pose! pic.twitter.com/rIv8nveE6f

“Squeeze yourself into a tiny little ball, so tight, if you squeezed any harder you’d fart. Which would be ok.” ???? #teachers #yoga

One of my favorites is the Boat Pose because it’s a good warm up for Netflix and chill. #Yoga — Loosey Busey (@LooseyBusey) August 18, 2016

8. We All Have Those Days

Ain’t no party like an introvert party because it’s me, at home, in my yoga pants.

9. Finding Your Bliss… With Chocolate

Feeling fresh and rejuvenated after a 9 hours long Shavasana. #YogaDay

Et tu, Brute?
-When I find a hole in the crotch of my favorite yoga pants.

Legit trying not to lean my back against my car seat b/c I’m smelly AF, drenched head to toe in sweat #hotyoga — Kasey (@K_Hoogs) August 16, 2016

Do you connect with others about yoga via Twitter? Tell us about some of your shared experiences in the comments below!