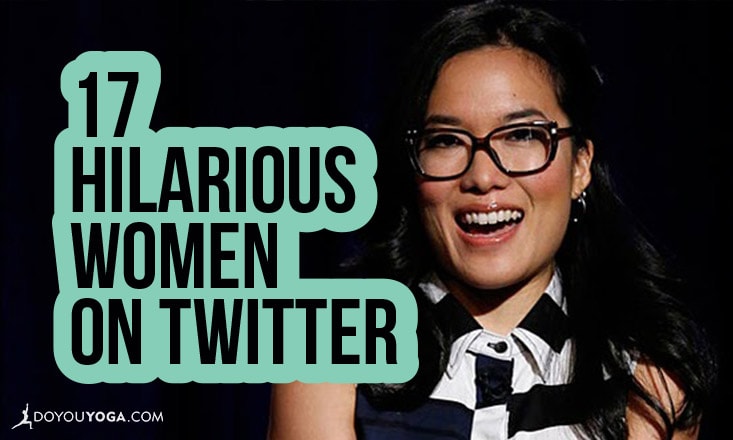 Will all the funny ladies please stand up? Comedy can be a relatively male-dominated field, and some of my favorite comics (Louis C.K., anyone?) are guys. But there’s just something about female comics that warms the cockles of my heart.

I made a collage of the Animorphs mid-morph bc I was crying laughing @ the book covers this morning. Here they are pic.twitter.com/is7wmkyarC

Former Daily Show correspondent Samantha Bee started hosting her own show, and her political satire is as on point as her personal tweets.

I mean, who doesn’t know this feeling? Which is why I think Melissa might actually be inside my head.

“Come with me if you want to live.” Jk, just going to trader joes

From hot yoga to Nietzsche, Alicia’s feed is full of gems. And as a wannabe-teen-goth-girl-turned-yogi, this one hits pretty close to home.

Does anybody know this feeling? Replace dogs with cats, and I’m right there with you.

I’m suffering from “too many pictures of dogs I can’t rescue in my Instagram feed-onset depression”.

If you haven’t seen her special Baby Cobra on Netflix, go watch it. Then follow her on Twitter.

It’s 10 degrees in NYC. On days like this, I regret lasering off my mustache

This girl gets it. Which is probably also why she’s a bestselling author and screenwriter. Need a giggle? Follow her.

You don’t get over half-a-million followers overnight, and Megan has perfected her 140-character-max comedy over the last few years.

Cleanliness is next to godliness in a dictionary missing some stuff

I’ve loved Mindy ever since The Office, and her Twitter feed brightens my day like no other.

I absolutely, positively adore Kristen Schaal. If you’re reading this Kristen, please call me and we can go out for coffee.

In my perfect world I would do comedy shows at 4pm, the saddest hour of the day.

What more could you want than Disney and Game of Thrones references, all cleverly rolled into one, awesome joke?

“This is my daughter Khaleesi.”

[!to!] Nice meeting you Daenerys.

Chelsea’s witticisms never fail to make me laugh, and I’m sure they’ll tickle your funny bone, too.

Lost my car keys so I’m forcing the guy at Home Depot to make me new ones based on what I remember about them.

Do you have an hour to kill? Good. Spend it scrolling though her feed.

How about you – who are your favorite funny ladies to follow on Twitter? Let us know in the comments below!